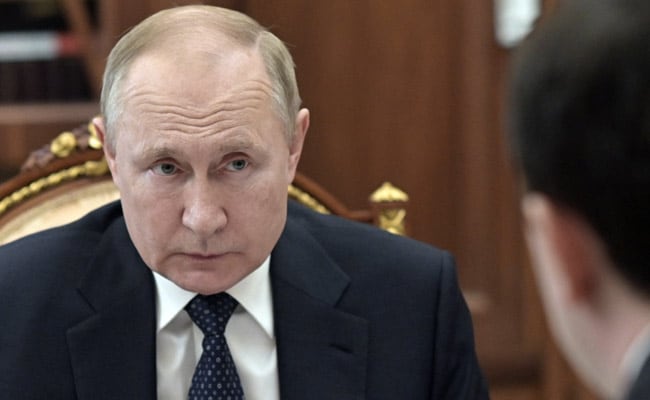 Russian President Vladimir Putin’s decision to invade Ukraine was clearly a miscalculation, and will shorten his time in office, a top ally of jailed Kremlin critic Alexei Navalny said Wednesday.

With his decision to invade Ukraine, “Putin has dramatically decreased the probability of a scenario where he just stays in the Kremlin until he dies … as he planned.”

Speaking on the sidelines of the Geneva Summit for Human Rights and Democracy, Navalny’s right-hand man said it was becoming increasingly obvious that Russia’s invasion of Ukraine six weeks ago was “miscalculated” and doomed to failure.

Thousands of people have been killed and more than 11 million displaced as refugees or within Ukraine since Russia invaded, sparking Europe’s largest refugee crisis since World War II.

Volkov acknowledged that Putin so far was “doing ok in selling his propaganda narrative” justifying the invasion to those in the Russian public who receive all news about the war from state-controlled television.

But he stressed that elites were “very unhappy with the economic devastation, the casualties and restrictions and sanctions.”

“They will start thinking of regime change, or changing systems.”

The international community, which has been all but united in its condemnation of Russia’s war, should focus more on Russian elites, Volkov said.

“They should reach out to Putin’s inner circle to suggest some security guarantees if they decide to jump ship,” the bearded 41-year-old IT specialist said.

If Putin has indeed shortened his term, that would certainly be good news for Navalny.

“I believe that when Putin is gone, for whatever reason, Alexei will also be released from prison,” Volkov said.

Putin’s highest-profile domestic opponent has been in jail since early last year after returning to Moscow from Germany, where he was recovering from a poisoning attack with a Novichok nerve agent he blames on the Kremlin.

The Kremlin denies the accusation.

In the midst of the war, as Moscow seeks to wipe out remaining pockets of dissent, a Russian court last month found Navalny guilty of additional fraud charges, and extended his sentence to nine years in a higher security prison.

“Navalny is Putin’s personal political prisoner, and all the legal technicalities are meaningless. It is only for Putin to decide whether to keep him in prison or to release him.”

Volkov says he too feels like one of the Kremlin’s “top targets”.

He lives outside of Russia, where he faces seven criminal charges, and stressing that it is important for him to avoid going to prison like Navalny, since “the organization has to be managed.”

“I still try to live a normal life, because one can’t properly protect oneself against things like Novichok,” he said, demonstrably lifting up a paper cup of tea.

“Living in fear would be counterproductive.”