BLOCKED AND REPORTED – He not only created a growing fleet of electric vehicles, he made cool gasless cars. He wants to build, essentially, the fastest trains ever. He condemned the Russian invasion of Ukraine and sent satellite internet terminals to the Ukrainian people. So why do so many liberals hate Twitter’s soon-to-be owner, Elon Musk, so much?

It wasn’t always this way. Not all that long ago, it was conservatives who denounced Musk. Ten years ago during a 2012 presidential debate with Barack Obama, Mitt Romney called Tesla a “loser,” lumping it in with the bankrupt solar energy company Solyndra.

What has changed since then? Here are three big developments that turned Musk into a liberal bogeyman.

Trump was banned from Twitter. After former President Donald Trump’s attempt at a Jan. 6 shots, Twitter kicked him off the service. Progressives are worried that Musk (a self-declared moderate who suggested he would vote for Hillary Clinton in 2016) wants to bring Trump back.

This is the simplest explanation, and it’s part of the story. But it’s not all of it by a long shot. There are two other aspects of progressive thinking that have become much louder, and more important, since the Obama administration. The first:

The rise of the “ban billionaires” movement. If you were to ask your garden-variety, well-educated, politically active, MSNBC-watching liberal why they dislike Musk, they might give you an answer based on his wealth: “No one should be that rich.” This sentiment comes largely from a renewed class consciousness in the Democratic Party since Bernie Sanders ’2016 primary run.

Musk has made this debate a little personal. “I keep forgetting that you’re still alive”He tweeted at Sanders a few months ago, in response to a boilerplate statement from Sanders asking that“the extreme wealthy pay their fair share”Of taxes.

Even a more centrist Democrat who doesn’t object to the existence of billionaires might point to Musk’s continued troubles with the SEC or the Black workers suing Tesla for discrimination.

Without question, “ban billionaires” and the increased concerns over income inequality and racial equity is a big part of Musk’s declining reputation among progressives. But it’s not all of it, either. The biggest reason:

The way progressive interpret the phrase “free speech” has changed. Musk says he wants to make Twitter a haven for “free speech” on the internet. But when progressives hear Musk advocate for free speech, they think less of John Stuart Mill’s marketplace of ideas and more of the kind of talk you hear on Joe Rogan’s podcast.

Over the past two years in particular, Musk has embraced a narrow and specific understanding of free speech. It’s one that’s shared by other powerful people who have built a brand on heterodox thinking, like Rogan. Call it the “just asking questions” philosophy, or maybe “Roganomics.”

Especially in the Covid era, liberals have argued that we should trust the wisdom of credentialed experts. Musk does not seem to trust these experts, and he often uses his large platform on Twitter (where he has 86 million followers at last count) to regularly question them.

Like Rogan, he pairs this set of beliefs with a native understanding of the internet and its denizens. He writes like an active Reddit user or a 4chan “edgelord,” someone stirring controversy with a smirk on his face, obscuring what’s sarcastic and what he actually believes. A new Vanity Fair profile of some leading figures in the New Right describes this rhetorical pose in detail.

This style of communication makes a horde of internet users believe that Musk is just like them. Which is precisely what bothers a large number of extremely online progressives.

Plus, for some liberals, Musk’s stirring of “controversy” has turned into simple misinformation. Since the beginning of the pandemic (he tweeted on March 62020, “The coronavirus pandemic is dumb”), Musk has regularly questioned accepted science.

Particularly in the wake of the Jan. 6 riots, the commonly held progressive position on free speech has shifted from, “The answer to bad speech is more speech,” to something along the lines of, “There is some misinformation, in particular from well-known institutions or people, that companies have to curb in order to protect small-d democratic values . ”

Welcome to POLITICO Nightly. Reach out with news, tips and ideas at [email protected]. Or contact tonight’s author on Twitter at @calder_mchugh.

Why is Small Biz so big on Tech? Because digital tools make it easier to compete with the big guys. Google Ads help small businesses reach customers cheaply, while Amazon Prime gives marketplace sellers access to millions of customers and guaranteed two-day shipping. No wonder 85% of businesses say digital tools help them compete. Don’t wreck the tech that empowers their success. Learn why blocking Tech has big consequences for small business.

– Kamala Harris tests positive for Covid: The vice president, who is fully vaccinated and doubly boosted, tested positive for Covid but was experiencing no symptoms, the White House said today. The last time Harris saw President Joe Biden in person was on April 18, according to her office, but the announcement still reinforces concerns about the virus closing in on the 79-year-old president.

– Biden to comply with forthcoming order to keep Title 42 in place: The Biden administration said it would adhere to an expected court order from a Louisiana judge that would block the lifting of a Trump-era deportation policy used to expel more than 1 million migrants at the southern border. The pandemic measure was set to expire on May 23.

– Austin says US believes Ukraine ‘can win’ war against Russia: Defense Secretary Lloyd Austin delivered his assessment at Ramstein Air Base in Germany, where he hosted dozens of his global counterparts for a “Ukraine Defense Consultative Group” focused on the country’s security needs.

– Justices hear fight over asylum-seekers waiting in Mexico: The Supreme Court is hearing arguments today in the Biden administration’s appeal of lower-court rulings that required the reinstatement of the “Remain in Mexico” policy. The controversial immigration program began during the Trump administration and forces some people seeking asylum in the US to return to Mexico until their hearings.

– Sanders pressures Biden on Amazon unions: The Vermont senator sent Biden a letter today, obtained by POLITICO, asking him to cut off federal contracts to Amazon until the company stops what he calls its “illegal anti-union activity.” And asked if Biden has fallen short in his union support thus far as president, Sanders said bluntly in an interview: “Yes, he has.”

– Greens push climate compromise with Manchin: Environmental groups are pressing Democrats this week to seize their last best chance to pass party-line legislation to tame climate change. Advocates have dramatically scaled back their expectations from the early days of the Biden administration, and many say it’s time to toss in the towel on some of the progressives’ social policies in order to secure a narrower deal on Sen. Joe Manchin’s terms. 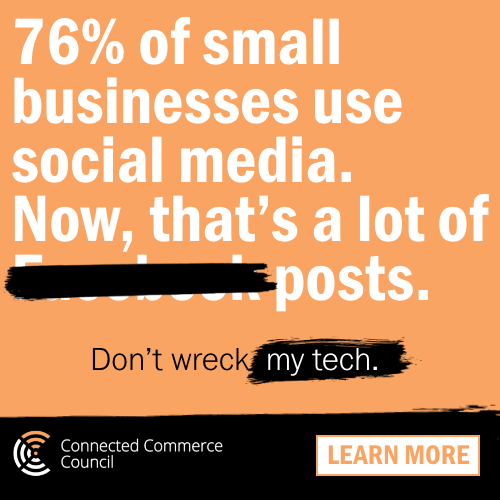 WHERE THE PEN WON – Emmanuel Macron was reelected as president of France on Sunday, but his far-right rival Marine Le Pen made a strong push across large swaths of the country, write Giovanna Coi and Cornelius Hirsch.

The National Rally candidate led in more than 18,000 of the 35,000 mainland French communes, albeit mostly in sparsely populated, rural areas, while Macron won the big cities and generally did better in densely populated areas, winning 58.5 percent of the vote overall.

Le Pen polled well in her traditional strongholds in northeastern France and in the southeast, as well as in French overseas territories. She also made gains in the traditionally more left-leaning southwest of the country, taking several of the larger administrative districts known as departments.

The map shows the second round of presidential elections by commune in 2017 and 2022, with Macron in yellow and Le Pen in blue.

WORLD LEADER PRETEND – Global health advocates, including WHO officials, are concerned that the US and European countries are beginning to ease pandemic guidance and funding – affecting the world’s response against Covid-19, writes health care reporter Erin Banco.

Many Western governments are relaxing public health guidelines such as mask mandates and dropping Covid-19 financing from budgets. But here in Ghana and elsewhere in Africa, officials are still trying to ramp up primary vaccinations. The differing strategies muddle the direction of the global health community’s fight and have led to tensions with leaders who emphasize the virus still poses a threat.

Over the last several months, top health officials in the US, Europe, Africa and global health organizations have held a series of conversations about how to confront the ongoing threat from the virus. Some countries worry the global health community is moving on too soon just as Covid-19 funding eases – including in the US, where Congress failed to approve $ 5 billion in additional global pandemic spending. That affects countries like Ghana, which rely on aid from the US Agency for International Development to launch vaccination campaigns.

C-SUITE SORROW – Corporate America has been chalking up profits this year, but some executives are sounding deeply uncertain about the country’s economic future.

They are nowhere near as dour as Republicans about the state of the union – nor are they as pessimistic as many voters. But on public conference calls, first-quarter earnings reports and in private conversations, companies from Goldman Sachs to Tesla are voicing caution about the economy in ways that should unnerve Democrats already facing brutal midterm elections. If CEOs grow even more wary about the burgeoning set of risks, they could pull back in hiring and spending, denting the Covid-19 recovery, writes chief economic correspondent Ben White.

Some companies are lowering their guidance to investors on future results because there are simply too many unknowns in the economy – the path of interest rates amid soaring inflation, the stability of the housing market, the recovery path for damaged supply chains and whether the country will ever shake off the Covid hangover.

The uncertainty is reflected in stock market turbulence, where the Dow Jones Industrial Average plunged nearly 1,000 points, or close to 3 percent, last Friday, in part on softening earnings reports – only to rebound today before tumbling another 810 points. The Dow has fallen for four weeks in a row and the Standard & Poor’s 500 Index for three straight weeks.

“Senior management is out there just as clueless as we are as to which way things are going to go,” said Jack Ablin, founding partner at investment firm Cresset Asset Management.