Six months later, the largest military conflict in Europe since World War II has turned into a grinding war of attrition. The Russian offensive has largely bogged down as Ukrainian forces increasingly target key facilities far behind the front lines, including in Russia-occupied Crimea. Also Read – Indian Students from Ukraine Universities Allowed to Complete Medical Education in Other Countriesa

A look at where things stand after 6 months of Russia’s invasion:

When Putin declared the start of the “special military operation,” he urged Ukraine’s military to turn against the government in Kyiv, reflecting the Kremlin’s belief that the population would broadly welcome the invaders. Some of the Russian troops coming in from Moscow’s ally of Belarus, just 200 kilometers (about 125 miles) north of the capital, reportedly brought their parade uniforms with them in preparation for a quick triumph. Also Read – NMC Allows Indian Students from Ukrainian Universities to Complete Medical Education in Other Countries

Those hopes were quickly shattered by fierce Ukrainian resistance, backed by Western-supplied weapons systems to the government of President Volodymyr Zelenskyy.

Airborne troops sent to seize airfields around Kyiv suffered heavy losses and armored convoys stretching along the main highway leading to the capital were pummeled by Ukrainian artillery and scouts.

Despite numerous attacks on Ukrainian air bases and air defense assets, the Russian air force has failed to win full control of the skies and suffered heavy losses, limiting its ability to support ground forces.

One month into the war, Moscow pulled its troops back from areas near Kyiv, Kharkiv, Chernihiv and other major cities in a tacit acknowledgment of the blitz’s failure. 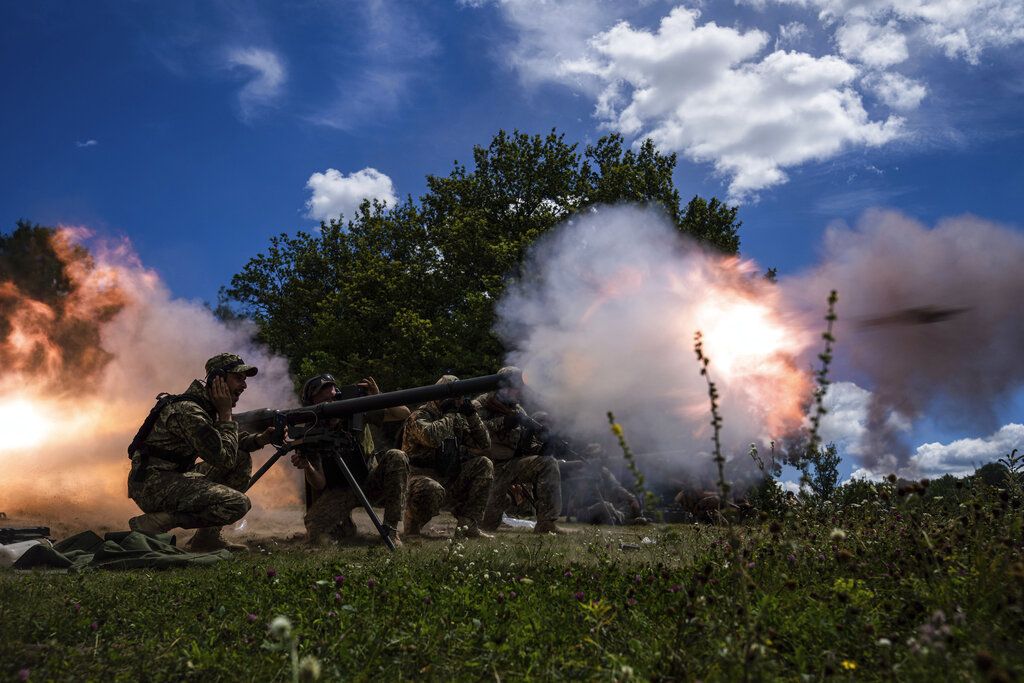 The Kremlin then shifted its focus to the Donbas, Ukraine’s eastern industrial heartland, where Moscow-backed separatists had been fighting government troops since 2014 following Russia’s annexation of the Crimean Peninsula.

Relying on their massive edge in artillery, Russian forces inched forward in ferocious battles that devastated the region. The strategic port of Mariupol on the Sea of ​​Azov that became a symbol of Ukrainian resistance fell in May after a nearly three-month siege that reduced the city to ruins.

More than 2,400 Mariupol defenders who holed up at the giant Azovstal steel mill later surrendered and were taken prisoner. At least 53 of them died last month in an explosion at a prison in eastern Ukraine that Moscow and Kyiv blamed on each other.

The Russians have taken control of the entire Luhansk region, one of two provinces that make up the Donbas, and also seized just over half of the second, Donetsk.

“Putin will try to bite one piece of Ukrainian territory after another to strengthen his negotiating position,” said Mykola Sunhurovskyi, a military analyst with the Kyiv-based Razumkov Center think-tank. “His message to Ukraine is: If you don’t sit down for talks now, things will get worse and we will take even more of your territory and kill even more of your people. He’s trying to raise not only external but also internal pressure on the Ukrainian government.”

The Donbas offensive has slowed as Moscow was forced to relocate some of its troops to Russia-occupied areas in the south to fend off a potential Ukrainian counteroffensive.

Russian troops seized the Kherson region, north of Crimea, and part of the neighboring Zaporizhzhia region early in the conflict. It has installed pro-Moscow administrations there, introduced its currency, handed out Russian passports and launched preparations for referendums to pave the way for their annexation.

“Ukraine has forced Russia to conduct a massive redeployment of forces and spread them all along the front line, from Kharkiv to Kherson,” said Ukrainian military expert Oleh Zhdanov. “It’s very hard to stretch them along such a big distance.”

Although Kyiv doesn’t have enough weapons to launch a big counteroffensive, “time plays in Ukraine’s favor,” he said. “The longer the pause lasts, the more weapons Ukraine will receive from its allies.” 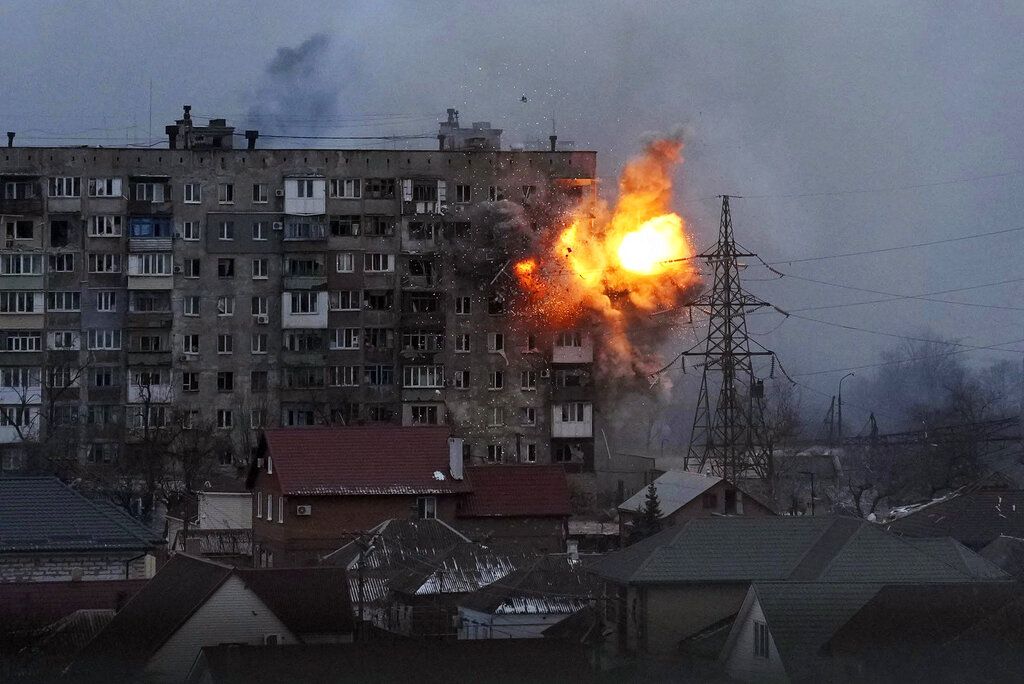 Western weapons, including US HIMARS multiple rocket launchers, have boosted Ukraine’s military’s capability, allowing it to target Russian munitions depots, bridges and other key facilities with precision and impunity.

In a major symbolic victory in April, the flagship of Russia’s Black Sea Fleet, the Moskva missile cruiser, exploded and sank while on patrol after reportedly being hit by a Ukrainian missile. That dealt a heavy blow to Russia’s pride and forced it to limit naval operations.

Another big win for Ukraine came when Russian troops pulled back from strategic Snake Island, located on shipping lanes near Odesa, following relentless Ukrainian attacks. The retreat reduced the threat of a seaborne Russian attack on Odesa, helping pave the way for a deal to resume Ukrainian grain exports.

Russia suffered a new blow this month when a series of explosions at an airbase and ammunition depot in Crimea. While Kyiv stopped short of taking credit for the blasts, there was no doubt about Ukrainian involvement. The Russians acknowledged that sabotage was behind one blast and alleged unsafe handling of munitions caused another — an explanation ridiculed by Ukraine.

The explosions, which were followed by drone attacks, underlined the vulnerability of Crimea, which holds symbolic value for Russia and is key to sustaining its operations in the south. They demonstrated that Ukrainian forces are capable of striking far behind the front line, and Ukrainian officials warn that the 19-kilometer (12-mile) Crimean bridge, the longest in Europe, could be the next target. 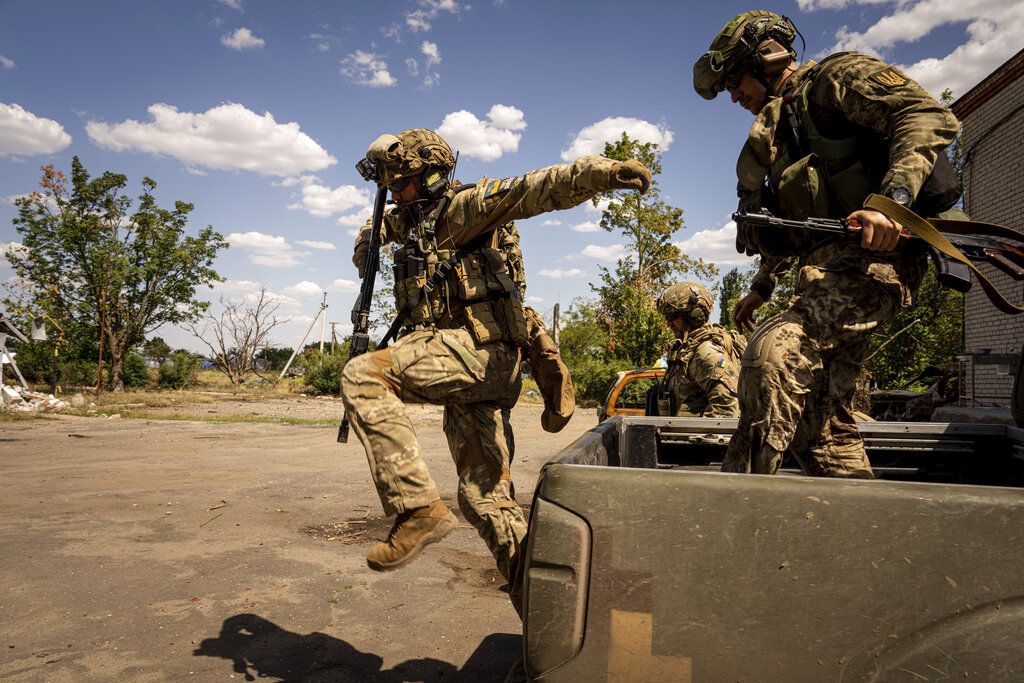 Both Russia and Ukraine mostly focus on the casualties they inflict on each other, avoiding mention of their own losses.

The Russian Defense Ministry last reported its casualties on March 25, one month into the war, when it said 1,351 soldiers had been killed and 3,825 were wounded.

Western estimates of Russian dead have ranged from more than 15,000 to over 20,000 — more than the Soviet Union lost during its 10-year war in Afghanistan.

The Pentagon said last week that between 70,000 to 80,000 Russian troops have been killed or wounded in action — losses that have eroded Moscow’s ability to conduct big offensives.

The UN High Commissioner for Human Rights has recorded over 5,500 civilian deaths in the war, but noted the actual numbers could be significantly higher.

The invasion has created the largest postwar refugee crisis in Europe. The UN refugee agency says a third of Ukrainians have fled their homes, with more than 6.6 million displaced within the country and over 6.6 million more across the continent. 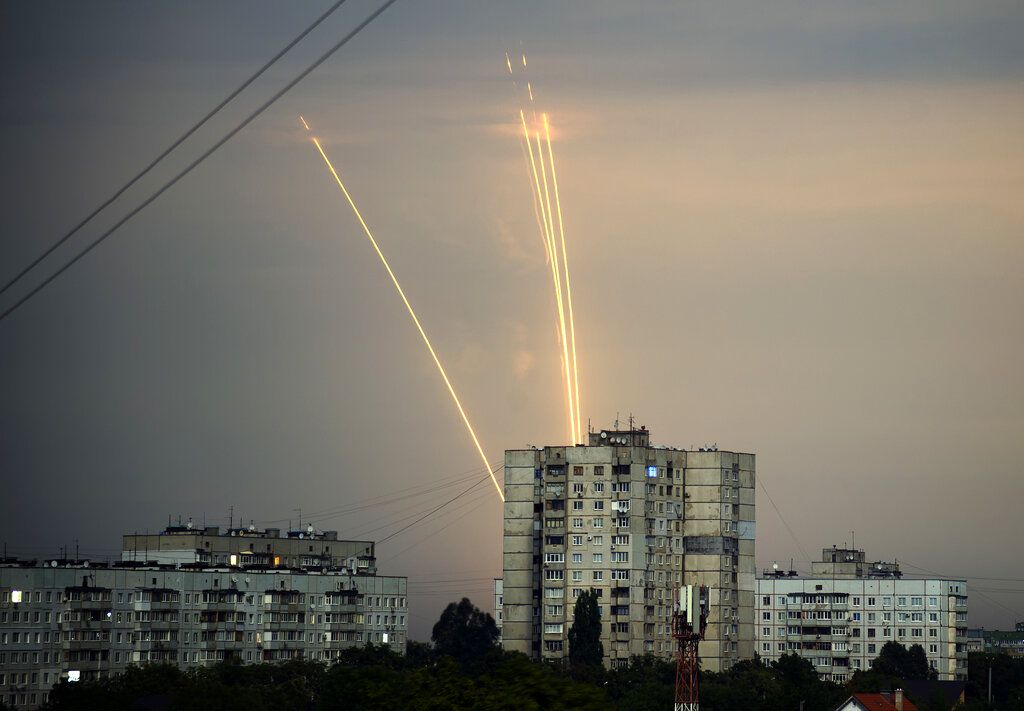 The war’s outcome will depend on the ability of Russia and Ukraine to muster additional resources.

While Ukraine has conducted mobilization and declared a goal to form a 1 million-member military, Russia has continued to rely on a limited contingent of volunteers. an approach reflecting Kremlin fears that a mass mobilization could fuel discontent and destabilize the country.

Moscow has opted for interim steps, trying to encourage people to sign contracts with the military, increasingly engaging private contractors such as the Wagner Group, and even rounding up some prisoners for service — half-measures unable to meet the needs for any big offensives.

“Unless Russia mobilizes its population and mobilizes its industry, it cannot bring to bear the weight of people and industry in order to create a much bigger, more effective force, and therefore, it will have to consider how it hangs on to what it has already taken,” retired British Gen. Richard Barrons said.

Ukraine also lacks resources for any quick reclamation of its territory, with Barrons estimating it could take well into next year to amass a force capable of driving the Russians out.

“It can only do it if the West provides political will, money at about $5 to 6 billion a month, weapons like long-range artillery, the ammunition that supports that artillery and then enables the logistics and medical support that allows Ukraine to build a million-strong army,” said Barrons, co-chair of the consulting group Universal Defense & Security Solutions.

He said the West should be prepared to continue supporting Ukraine for a long time, despite soaring energy prices and other economic challenges stemming from sanctions imposed on Russia.

Abandoning Ukraine, he said, would send a message “to Russia and China and everybody else that the West does not have the stomach to stand up for its friends or even its own interests.”