As the Russian military continues to pound Ukraine, evidence of war crimes keeps mounting. Could perpetrators be held to account under international law? If so, how soon could that happen? And what do past war crimes prosecutions suggest about how such efforts could play out now?

Nine experts helped us find out.

There are many possible routes for investigation and prosecution, but three courts are of particular importance for probing Russia’s actions in Ukraine.

The biggest player could be the International Criminal Court, which brings cases against individuals. The court operates in three parts: a chamber that determines whether a case is admissible; a trial chamber that determines guilt; and an appeals chamber. Each chamber consists of judges, rather than a jury. Typical crimes prosecuted include crimes against humanity, crimes of aggression, and genocide.

Another important entity is the International Court of Justice, sometimes called the World Court. This court does not handle prosecutions against individuals; rather, it hears cases in which one country alleges a crime by another country, such as a breach of borders or a violation of sovereignty.

A third key entity is the European Court of Human Rights, which includes European Union members as well as a range of other countries. Cases in this court can be brought by a state against a state, or by an individual against a state.

It is smart to be “pursuing cases in all three” of these courts, said Courtney Hillebrecht, a professor of international relations and political science at the University of Nebraska. And Ukraine is doing just that, with some of the cases dating back to Russia’s 2014 invasion of Crimea, a region of Ukraine.

It is also possible that an independent tribunal specific to actions taken within Ukraine could be established. This method was used to prosecute violations committed against Bosnians and Rwandans. “Hybrid” tribunals have been used after conflicts in Cambodia and Sierra Leone; in these, international proceedings were run in tandem with local proceedings.

The tribunal system was generally used before the International Criminal Court was fully operational. The court’s establishment was intended to standardize the process and make individual tribunals obsolete, though there’s nothing to stop the court model from being used again.

Meanwhile, the United Nations Security Council has the authority to refer cases for prosecution, and that has been done a few times. However, because Russia is a permanent member of the Security Council, along with its ally China, a UN referral concerning actions in Ukraine is considered a dead end for now.

Don’t some countries refuse to participate in international courts?

Membership status – or lack thereof – in these courts can pose complications.

The United States has not become a member of the International Criminal Court and has even passed a law that bars US cooperation with the court. The concern when the law was passed in 2002 was that other countries could seize and prosecute US military personnel, something that lawmakers considered a violation of US sovereignty.

Russia (along with China) hasn’t joined the International Criminal Court, either. And while Russia is a member of the European Court of Human Rights, it has declared its intent to withdraw from the body.

Ukraine, for its part, also isn’t a member of the International Criminal Court. However, Ukraine has submitted declarations consenting to the court’s authority, dating back to the invasion of Crimea. That “checks the box” for the court to hear cases involving Ukraine, Hillebrecht said.

Shortly after Russia’s invasion began, the International Criminal Court’s chief prosecutor, Karim AA Khan, announced that he was beginning an investigation into allegations of Russian actions in Ukraine. This process could eventually produce indictments and arrest warrants.

Finally, the “universality principle” of international law holds that any state can try anyone for violating “universal” crimes, including war crimes. The 1961 trial of Nazi official Adolf Eichmann by Israel falls into this category, as does the 2021 conviction in Germany of Islamic State member Taha al-Jumailly for crimes affecting Yazidis, Assyrian Christians, and Shiites in northern and western Iraq.

“I would not be surprised if we begin to see prosecutions in domestic courts,” said Anthony Clark Arend, a professor of government and foreign service at Georgetown University, noting that Germany and Spain have already begun investigations. 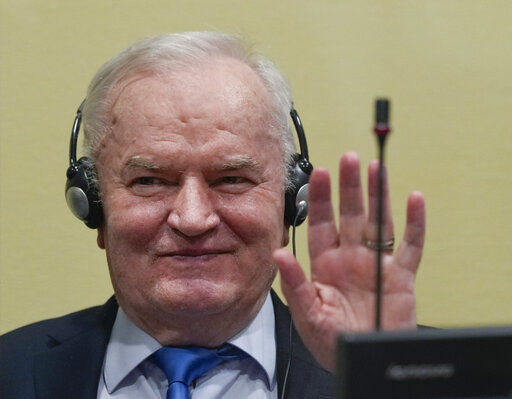 What are the most successful war crimes prosecutions of recent years, and why did they work?

The two most closely watched tribunals, for the former Yugoslavia, starting in 1993, and for Rwanda, starting in 1994, generally get high marks from international law experts. In each tribunal, dozens of defendants were indicated, and most were convicted and sentenced. This included some high-profile defendants: Bosnian Serb military officer Ratko Mladić was convicted of war crimes, crimes against humanity, and genocide, and former Serbian President Slobodan Milošević was charged but died before a final verdict.

These tribunals were successful “because prosecutors built many cases from the ground up,” said Milena Sterio, a Cleveland State University law professor. “Often, prosecutors were able to use the same or similar facts to build multiple cases and charge multiple defendants. Prosecutors and investigators spent a lot of time on the ground building cases.”

Another factor working in the tribunals’ favor was cooperation by the governments of Serbia and Rwanda, said Kyle Rapp, a postdoctoral student in political science and international relations at the University of Southern California. “Domestic investigations can help supplement international courts, since they cannot manage all possible investigations and cases,” Rapp said.

“The charges against Ahmad Al Faqi Al Mahdi were focused,” and the case proceeded quickly, said Alexander KA Greenawalt, a law professor at Pace University. “The ICC could use more cases like that one, as the more typical prosecutions are very resource-intensive and take years. That has limited the number of cases the court has been able to process.”

Experts cautioned that there is no single model for a “successful” prosecution.

“War crimes tribunals are artifacts of the historical moments that give birth to them, and they reflect the politics and cultures of the people who create them, work for them, watch and interpret them and, even the people who are prosecuted in them,” said Douglas Irvin-Erickson, director of the genocide prevention program at George Mason University’s Jimmy and Rosalynn Carter School for Peace and Conflict Resolution. “The nation-states that bring them into existence usually want different things from them.”

What are some of the most serious war crimes that have not been successfully prosecuted?

The more powerful the country, the less likely it is to be held to account for war crimes.

For instance, UK military personnel were accused of committing war crimes such as murder and rape in Iraq, and a preliminary investigation found the charges credible. But in 2020, the International Criminal Court deferred to an investigation by the UK rather than taking the case itself. In 2021, the court also “deprioritized” an investigation into alleged war crimes in Afghanistan, such as torture, by the US and its Afghan allies; the court decided to focus its resources instead on allegations against the Taliban and terrorist groups operating in the country instead.

Sterio considers these missed opportunities for the court to have “imposed accountability on individuals from a major, developed country.”

Another recurring complaint is that prosecutions are nearly impossible if the country of the accused stonewalls the investigation and protects the alleged perpetrators.

“Some of the most significant war crimes that have not been prosecuted in recent decades include the situation in Darfur, because Sudan was unwilling to cooperate with the International Criminal Court’s investigation or hand over any of the suspects, and Russia’s actions in Chechnya, because Russia was unwilling to provide any domestic remedy, “said Stuart Ford, a law professor at the University of Illinois-Chicago.

Another example where prosecutions have been stalled is Syria. “Because Syria is not a member of the International Criminal Court, it would require a referral from the UN Security Council,” Greenawalt said. “But when the Security Council tried to do that, both Russia and China exercised their vetoes.”

Even relatively successful prosecutions have run into challenges. In Rwanda, Greenawalt said, the prosecutions “focused on crimes committed by the former government, but when the prosecutor attempted to prosecute persons who fought on the side of the current government, Rwanda threatened to stop cooperating with extraditions and investigations. The prosecutor backed down . “ 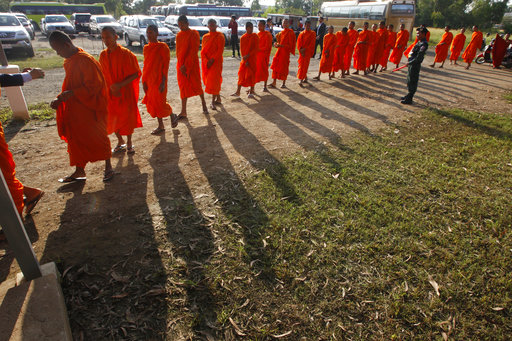 What is the outlook and timeline for possible prosecutions coming out of atrocities in Ukraine?

There is no requirement that hostilities be over before prosecutions begin. The only barrier is practical: It is harder to collect evidence and testimony in an active war zone. However, with Russian forces having recently redeployed away from the Kyiv region, that area is considered stable enough for war crimes investigators to be sifting through evidence and interviewing witnesses.

Even if an arrest warrant is issued, prosecutions cannot start until the defendant is in custody, according to the International Criminal Court’s longstanding policy. This means that the most likely cases to start in the relatively near future would involve Russian forces captured by Ukraine on the battlefield.

“Prosecutions of captured officers could begin as early as next year, according to the statements of the International Criminal Court prosecutor and Ukraine’s prosecutor general,” said Hannibal Travis, a law professor at Florida International University. (One wild card, Travis said, is whether a negotiated settlement between Russia and Ukraine includes an amnesty for war crimes, though this is not something thought to be likely.)

Hillebrecht said the international legal community has applauded Khan, the International Criminal Court’s chief prosecutor, for his actions so far. “He’s been pretty assertive in response to Ukraine, more so than some people expected,” she said.

What’s not on the immediate horizon, however, is for Russian President Vladimir Putin or members of his inner circle to be put on trial.

“Prosecuting senior Russians would require a war in order to arrest them, or the Putin government would have to fall,” said Irvin-Erickson. “I don’t see that happening.”

Arend agreed that such prosecutions would have to wait for “a post-Putin world. Once Putin is no longer in power, a new Russian government may wish to seek international rehabilitation and thus be willing to cooperate with the international community.”

The reality is that past war crimes prosecutions have been grindingly slow. That said, there is no statute of limitations for war crimes. Members of the Cambodian leadership from the Khmer Rouge era in the 1970s are being prosecuted now, Sterio said, and Nazis were sometimes prosecuted decades after the fact.

Something else to remember is that prosecutions are not the be-all and end-all of war crimes investigations.

The Cambodian proceedings were criticized for their cost, corruption, and questionable rulings. But despite those concerns, Irvin-Erickson said, they “managed to anchor a remarkable civil party engagement process and deliver a kind of justice that many Cambodians found meaningful.”