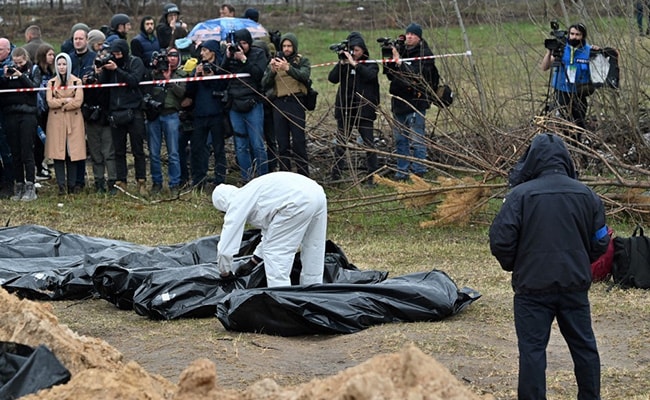 The United Nations is set to start publishing in the coming weeks a civilian casualty count estimate for the war in Ukraine which it believes will be realistically accurate.

The UN human rights office (OHCHR) publishes a daily count of civilian deaths and injuries that it can verify to a certain standard – though stresses that the “actual figures are considerably higher”.

Now the United Nations is set to publish what it says will be a realistic estimate of that far higher number, a senior figure from the UN Human Rights Monitoring Mission in Ukraine told the specialist NGO Airwars, which monitors civilian deaths in bombings around the world.

“We are working right now on a realistic estimate of the actual death count of the conflict,” said Uladzimir Shcherbau, head of the UN civilian casualty monitoring team in Ukraine.

“We have a big mass of information which allows us to triangulate or somehow approximate the actual death count.”

The mission has not yet published figures from places controlled by Russian forces, such as the Kharkiv, Chernihiv or Kherson regions, but believes it will be able to do so fairly soon.

“We are under enormous pressure because we are heavily criticized – they are saying ‘your figures are irrelevant … because the real death count is higher,'” Shcherbau said.

“But we have data, we have information, we have a really solid methodology … to come (up) with this realistic estimate.

“We will give a gist of what the scale is – of the true scale we believe of the casualties – especially of those killed.”

OHCHR spokeswoman Elizabeth Throssell told AFP that the new way of assessing casualty figures is “considered as part of the mission’s work, not directly as a result of criticism”.

The UN agency says that statistics in the current update are based on individual civilian casualty records where the “reasonable grounds to believe” standard of proof are met, with sources assessed for relevance and credibility, and cross-checked.

The mission seeks to establish the date of the incident and the victim’s status, then their name, age, gender, location, the controlling forces in the area, and then the weapon and situation in which the casualty occurred.

Friday’s OHCHR figures for the war since the February 24 invasion record 3,893 civilian casualties: 1,626 killed and 2,267 injured.

“OHCHR believes that the actual figures are considerably higher, as the receipt of information from some locations where intense hostilities have been going on has been delayed and many reports are still pending corroboration,” it says.

“Most of the civilian casualties recorded were caused by the use of explosive weapons with a wide impact area, including shelling from heavy artillery and multiple launch rocket systems, and missile and air strikes.”