Where are my children, my husband, my parents? Are they dead, have they been injured, or arrested? What happened to my sister? Questions like these torment people who have experienced war or were forced to flee, as is currently the case for many in Ukraine.

“If these people don’t know the whereabouts of their relatives, they are desperate,” says Marina Brinkmann. This, she adds, is just as true for refugees from Ukraine as for people from all other conflict regions, whom she and her international team try to help: People who have fled Afghanistan, Somalia, Syria or Iraq.

Brinkmann’s team has registered 107 search requests from people in Ukraine since the war began in February – and that number is rising. Many have lost contact with their relatives in Mariupol, others lost touch with relatives while they were fleeing through Poland or Hungary. About one in five inquiries concerns Ukrainian soldiers. 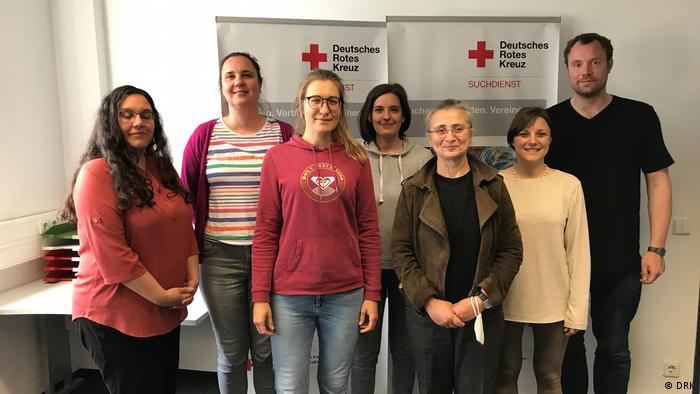 The Federal Criminal Police Office told DW that the database for missing persons in Germany has recorded 51 people with Ukrainian citizenship since mid-February, including four children under the age of 14 (as of May 5), though not all of these cases are thought to be directly related to the military conflict.

Those seeking help from the Red Cross can fill out an online form to get an appointment at one of more than 90 counseling centers in Germany, where personal data and all information that can help find missing persons is recorded: Are they military or civilians, where were they before they disappeared, could they be injured, might they be detained somewhere? All data is treated confidentially.

For searches in conflict areas, the German Red Cross passes the requests on to the delegation of the International Committee of the Red Cross (ICRC) or its regional partner organizations.

In the case of Ukraine, the Central Tracing Agency (CTA) at the ICRC in Geneva collects requests and forwards them to ICRC committees in Ukraine and, in some cases, Russia. “People are fleeing in both directions,” says Brinkmann.

May 8 is International World Red Cross and Red Crescent Day. It is the birthday of the organization’s founder, Henry Dunant

Getting clarity about the fate of relatives is extremely important. The Swiss national Henry Dunant, who is considered the founder of the Red Cross, spoke to injured and dying soldiers on battlefields in Italy in 1859 and then delivered their messages to their families.

May 8, Dunant’s birthday, is International World Red Cross and Red Crescent Day. There are Red Cross or Red Crescent organizations in 192 countries. In conflicts, they remain neutral in order to gain access to all people who need help.

The Central Tracing Service at the ICRC, the CTA, was established 150 years ago. In 2018 alone, the network was able to solve a case every half hour. In Germany, one of the largest tracing services started operating in 1945, after the end of the Second World War, says Dorota Dziwoki, head of the Tracing Service Control Center.

The service is free of charge, funded by the German Interior Ministry, and is in high demand: As recently as 2021, the Tracing Service received more than 13,000 inquiries about the fate of missing persons in World War II. Since the end of the Cold War in the late 1990s, Soviet files have supplemented the archive. They include video interviews recorded by people who recount how relieved they were when the fate of their father or grandmother was finally clarified. 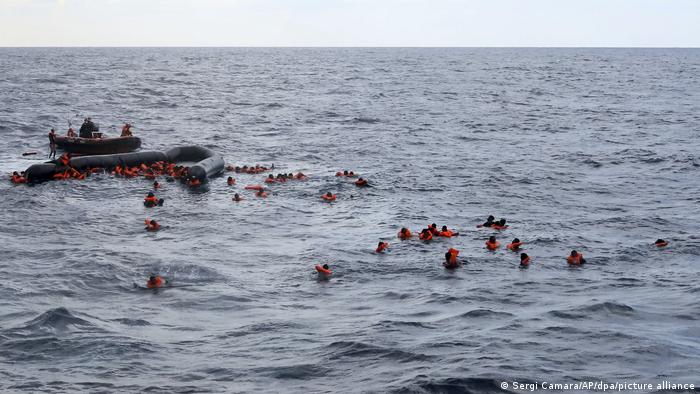 Mass graves and those who drowned in the Mediterranean Sea

Nothing is worse than uncertainty, say people who are seeking relatives. For decades, for example, the fate of many victims of the Balkan wars in the 1990s remained unknown.

The DRK Tracing Service has supported a project for relatives who arrived in Germany and had lost track of family members, Marina Brinkmann recalls: “They gave us DNA samples, described exactly what the missing individuals look like and what clothes they had last seen wearing . ” Even if mass graves are not found for decades, forensic scientists can still find matches. “We always get information. The fate of the missing can be clarified,” Brinkmann says.

Even more difficult is the search for individuals who went missing as they tried to cross the Mediterranean Sea to come to Europe. Some 24,000 people have drowned there since 2014, according to estimates by the International Organization for Migration. Only when the dead wash up on the shores and are identified can their relatives gain clarity.

There is a small ICRC delegation that specializes in such inquiries in Greece. The German Red Cross Tracing Service accompanies relatives to the police in Germany if they want to submit DNA samples for comparison. 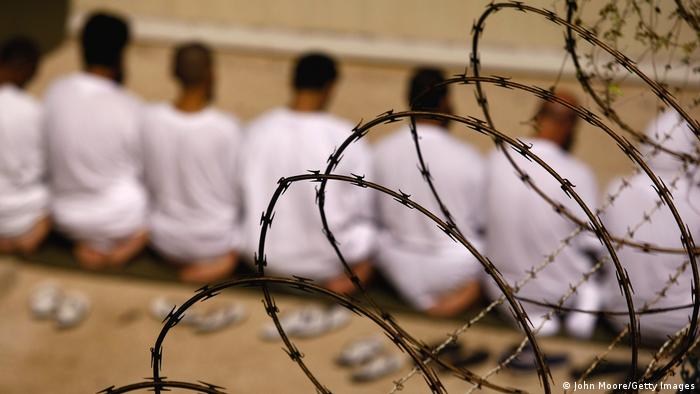 The Red Cross has access to detainees also in the US camp in Guantanamo Bay, Cuba

The Red Cross can also establish contact with people in detention centers or prisons in conflict areas. The ICRC has the right to visit detainees, Brinkmann explains: “They are registered, medical assistance can then be provided if necessary. Detainees also have the right to contact relatives at home and abroad.”

One option is communication through the Red Cross, which can deliver letters that are not sealed and have no political content. For example, he said, the Tracing Service helped a man in Germany stay in touch with his brother, who was imprisoned in the US detention center at Guantanamo Bay.

Eventually, the Red Cross organized a video call across four continents for the case: “the detainee in Guantanamo, the brother in Germany, the rest of the family in Mauritania, and a cousin in Malaysia.” This was a logistical challenge not only because of the time difference, Marina Brinkmann recalls. All talks “may only be conducted from the premises of the Red Cross.” 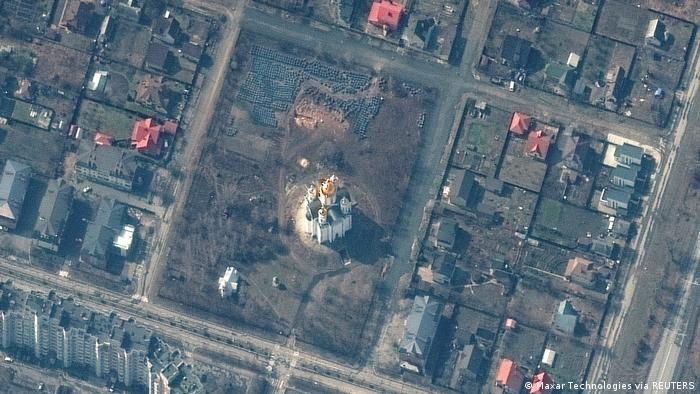 Human remains in mass graves in Ukraine will eventually be identified

Marina Brinkmann estimates that the German Red Cross Tracing Service has been able to help 30 to 40% of all inquirers in recent years. The success rate varies from country to country.

The Red Cross coaches refugee families how to better protect themselves from losing contact; children in particular should carry the contact details and other information in writing, or learn it by heart.

As for Ukraine, Brinkmann is cautiously optimistic regarding clarifications of fates. However, she is concerned that killed soldiers or civilians could “disappear nameless into mass graves.” The ICRC has had forensic staff in Ukraine for a long time.

“I expect we might solve half of the missing persons cases,” Marina Brinkmann says of the search for people from Ukraine. But the prerequisite for that, she says, is to “end the fighting, as soon as possible.”