In seven regions of Ukraine, agricultural workers have just begun to sow winter wheat, rye, barley and rapeseed for the first time since the Russian invasion began. However, the Ministry of Agrarian Policy and Food expects that the amount of land dedicated to the cultivation of grain will fall by up to 35% this year.

“As regards rye, no decrease in the area is anticipated because cultivation caters to the domestic Ukrainian market,” Taras Vysotsky, the deputy agrarian minister, told DW. “The situation for winter wheat and barley is different though. There is still inventory from last year due to the blockade of the harbors, and this year’s harvest will be generous.” 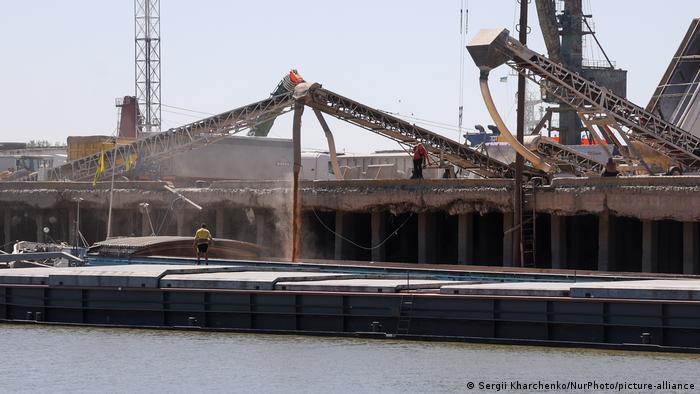 According to him, the deal on grain exports is working. It was brokered in July by the UN and Turkey after a monthslong blockade of Ukrainian ports by Russian warships. Following the agreement, Ukraine was able to export four million tons of grain in August, and five million more are expected to leave port in September. But farmers are still worried about the future.

It remains unclear what will happen once the deal expires. Russia is unhappy with the agreement, and the country’s ambassador to the UN, Vassily Nebenzia, has not ruled out letting it expire in November.

For this reason, Ukrainian farmers have opted for oil-producing plants as an alternative to grain. Vysotyky has observed that rapeseed is increasingly being planted. It is a type of oil-producing plant and makes canola oil. Like sunflowers and soybeans, it is also sown in spring.

“One million hectares of rapeseed could be sown this year — an area that corresponds to that of last year, despite the occupation of part of the country. Seventy percent has already been sown with rapeseed, which shows that farmers are relying on oil plants, ” Vysotyky said. 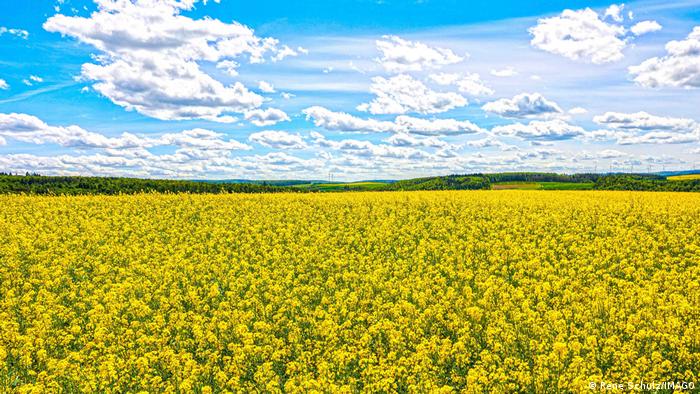 Ukrainian farmers are planting more rapeseed than in previous years

More money for vegetable oil and less for grain

The farmers’ new approach is due to production costs more than anything else, says Svitlana Lytvyn, of the Ukrainian Agribusiness Club (UCAB). The cultivation of grain is increasingly unprofitable because it is more difficult to export via sea ports, she explained. Fuel and fertilizer have also become more expensive, she added. “In the meantime, the selling price of grain has fallen quite low. It barely covers costs. Ukraine also has a large supply of grain, which pushes prices even lower. That’s why farmers don’t have the resources to sow as they would like to and why they are afraid for the future,” Lytvyn said.

The price of rapeseed on Ukrainian agricultural trading platforms is currently twice as high as that of wheat. “We have problems selling wheat. Almost no one makes a profit anymore, but farmers at least want to recover their investments,” said Viktor Goncharenko, president of the Association of Farmers and Private Landowners of Ukraine. Can oil plants be exported?

Lytvyn confirms that the price of grain is forcing farmers to turn to oil-producing plants because these are more profitable. Ukraine has enough industrial capacity to turn sunflower seeds into oil for export, she said. Before the Russian invasion, Ukraine was exporting sunflower oil to 107 countries, with most destined for Europe.

“Before the war, half of all global exports of sunflower oil came from Ukraine. Exports are now rebounding. A lot of sunflower seeds were sold at the beginning of the war, but now people are once again exporting fewer seeds and more oil,” she explained. 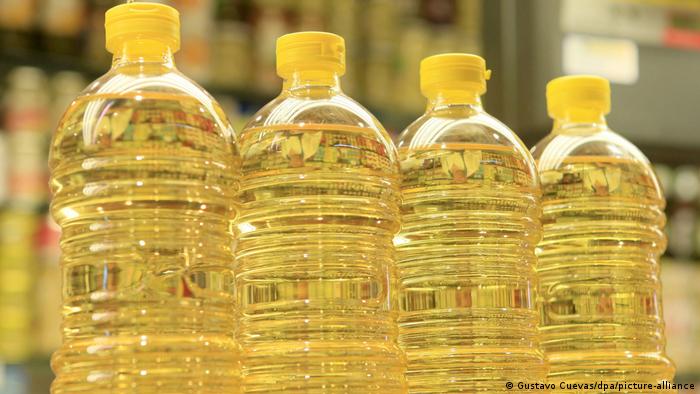 Ukraine is the biggest exporter of sunflower oil in the world, and much of it goes to Europe

On the other hand, Ukraine is not able to process many soybeans or rapeseed into oil. Experts believe that investors will follow the Ukrainian farmers’ lead and put more money into processing.

“Rapeseed and soybeans were previously exported as raw materials,” Lytvyn explained. “But this has become difficult, which is why, little by little, processing capacity for these oilseeds is being developed. The added value is interesting for farmers and producers alike. Because of expensive export logistics, they are looking at further processing.”

A pipeline to help exports

Thanks to the new direction that local farmers are taking, the Ukrainian government has also made changes and resolved to increase exports of plant oils. On September 6, Kyiv signed an agreement with the Polish government to build an unusual pipeline, one that will transport Ukrainian vegetable oil to Gdansk.

“This is a long-term project that will change the market. The idea is to export vegetable oil to third countries via Polish harbors. Capacity is planned at up to 2 million tons of oil per year,” the agriculture ministry’s Vysotsky said.

No such pipeline exists anywhere in the world, he added. “The war is forcing us to look for alternative and unusual solutions for the export of Ukrainian agricultural products. There will also be demand for the pipeline after the war, since Ukraine is the worldwide leader in vegetable oil exports, and it will continue to hold this position,” the deputy agrarian minister said.

He expects that Ukraine will already be able to export this coming year’s harvest through the new pipeline.

This article was originally published in Ukrainian.