St. Augustine is maxed out. That’s how the mayor of the small town near Bonn, Max Leitterstorf, puts it. It has taken in 343 people from Ukraine since the beginning of March, but in the long run, the mayor will run out of money to provide shelter or food. Many cities and communities in Germany are facing a similar problem.

In addition, refugees from Ukraine will in future receive support through the “Hartz IV” welfare program, which provides a basic safety net for those out of work. The decision means that refugees receive slightly more direct financial benefits than with the previous scheme – and it relieves the budget of cities like St. Augustine.

“The agreement is a good basis for our country to stand together in the long term,” Scholz said after meeting state-level leaders.

“Overall, we have found an acceptable compromise on the distribution of financial responsibility,” said Hendrik Wüst, Germany’s premier populous state, North Rhine-Westphalia, after the agreement was announced.

On March 4, the European Union granted refugees from Ukraine sweeping admission – but in Germany, it is the individual municipalities that have been footing the bill so far.

The federal government and the states have separate responsibilities. When it comes to schools and universities, for example, the 16 German states don’t like federal interference.

However, with last week’s decision, the federal government will chip in with the costs for schooling Ukrainian children.

“That the federal government supplies funding is more and more common because it has larger financial resources,” says Dietrich Thränhardt, a researcher specializing in political systems and migration. But in such circumstances the “thicket of competencies and unclear responsibilities gets denser and basically the public doesn’t know who is responsible,” says the professor emeritus at Münster University.

The funding decisions in detail

Refugees from Ukraine can enter Germany without a visa. For refugees who register, municipalities have so far paid for medical bills and welfare.

This is set to change on June 1. As of that date, refugees from Ukraine will no longer receive benefits under the Asylum Seekers’ Benefits Act but will be entitled to assistance in accordance with Social Code II (SGB II) – typically called Hartz IV .

This is an important change. Instead of € 367 monthly, singles are then entitled to € 449 a month, as well as statutory health insurance, and immediate access to the labor market.

Most of all, the rule change relieves budgets of local authorities and federal states. This is because benefits under the Hartz IV system are paid almost entirely by the federal government. In the previous model, the states and municipalities picked up the tab. 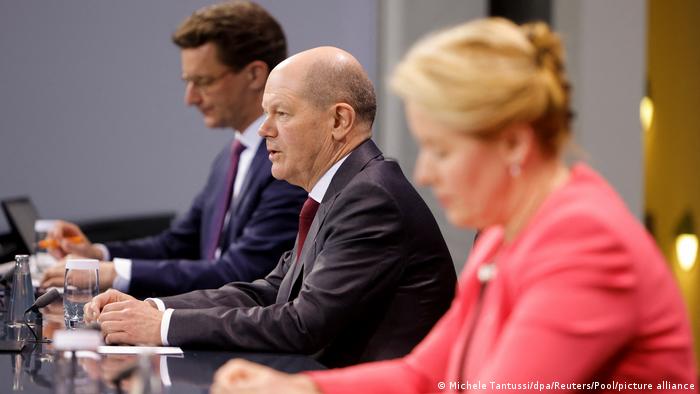 In addition, the federal government will give the states a one-time boost of € 2 billion, € 500 million of which is supposed to cover the costs incurred to date. Another € 500 million is earmarked to pay for accommodation in the coming months. And the remaining € 1 billion is to help with schooling and daycare centers.

The agreement will be reassessed in November in view of the course of the war in Ukraine.

A step in the ‘right direction’

Gesine Lötzsch, deputy chair of the Left Party, says with an eye on the deal: “It is a step in the right direction.” But according to the far-left politician, the new arrangement creates a system of first- and second-class refugees.

Those who have been applying for asylum in Germany for years will receive worse benefits than Ukrainians. In addition, many people from “African countries have studied in Ukraine and they, too, of course, are fleeing this terrible criminal war, but they do not have the same protection as people who have Ukrainian passports,” Lötzsch says.

Another blank spot remains after Thursday’s meeting: In the run-up, municipalities had called for support in registering refugees. The federal-state roundtable remained vague on the subject. 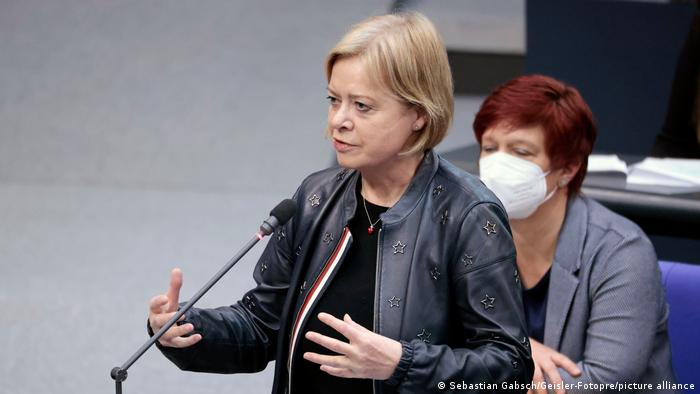 What are the costs in the long run?

Germany has registered around 316,000 Ukrainian refugees so far, according to federal police. Berlin estimates that up to 60,000 Ukrainian refugees are currently residing in the German capital. But the number may be higher, given the uncertainty surrounding registration procedures and the fact that Ukrainian nationals have the legal right to enter the country without a visa.

With unclear headcounts, it is difficult to estimate what costs Germany will incur in the long term for aiding refugees.

In 2015 and 2016 over 1 million people fled to Germany, especially from war-torn Syria. Since then, the German government has estimated costs of about € 1,000 per refugee, per month.

Today, however, things are different: Ukrainians who have fled do not have to go through lengthy asylum procedures and are allowed to work directly. Thus, social welfare will be cheaper. But there will be long-term costs, for example, in integrating refugees into the labor market or into schools.

In Sankt Augustin, the small city in western Germany, there are still free beds for refugees. This is because capacities for accommodation were created in 2015/16, says Mayor Max Leitterstorf. But soon, refugees from Ukraine who are currently accommodated in private homes will probably need these beds.

Leitterstorf doesn’t care when he will be reimbursed for aiding refugees. He would help even if no money came at all. But one problem remains: Many municipalities simply do not have enough staff to handle refugee aid in addition to their ordinary tasks. So, in St. Augustine, as in many other places, there is a backlog on many public services as workers struggle to cope.