The English-language Ukrainian The Kyiv Independent newspaper recently published its research about the International Legion, a volunteer group in Ukraine founded by the initiative of President Volodymyr Zelenskyy to fight against Russian forces. The paper targets a section of the legion affiliated with the Ukrainian Defense Ministry’s Reconnaissance Department that performs special tasks on the front line in the fight against the Russian invasion.

“The legionnaires have been asking the state leadership for help for four months, but there has been no response,” says Anna Myroniuk, co-author of the report. The violations continue, she adds. “We published the article so something would finally happen. The problems in the army must be solved now, during the war, because later, it might be too late.”

The Kyiv Independent reporters accuse a commander who goes by the name Sasha Kuchynsky of, among other things, abuse, sexual violence and looting. According to the newspaper, the 60-year-old is in reality a Polish citizen going by the name of Piotr Kapuscinski — which I confirmed in an interview with DW. Kapuscinski was involved in the court case against the Pruszkow Gang, one of the largest criminal organizations in Poland, according to publicly accessible sources. 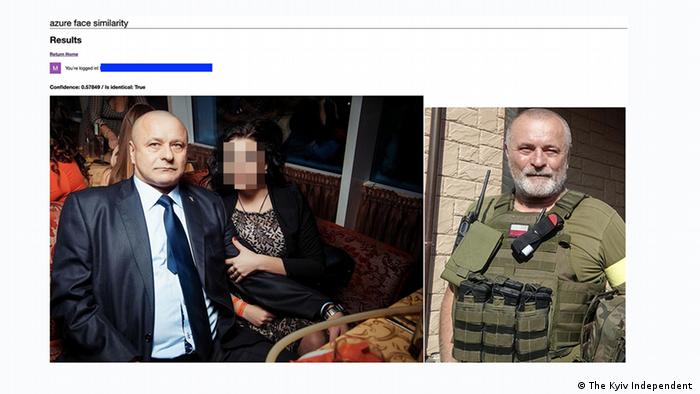 In the 2000s, Polish authorities accused Kapuscinski of 71 crimes including fraud and a kidnapping. In 2009, the investigation was dropped, and from then on, he was listed as a key witness. Based on his testimony, nine members of the gang were convicted, the Polish Gazeta Wyborcza newspaper wrote at the time. Later, Kapuscinski was suspected of further crimes, which lost him the status of key witness, the Rzeczpospolita newspaper reported in 2020, quoting the Polish prosecutor’s office as saying some of Kapuscinski’s statements were not substantiated in the end. For years, prosecutors said, he “mixed truth and fiction.”

At that time, Kapuscinski had been living in Ukraine for several years. Since November 2017, a Warsaw court has been demanding Kapuscinski’s extradition to Poland, where he was sentenced to three years in prison.

The judiciary in Halych, Ukraine, however, first wanted to look into its own case against Kapuscinski. The state register of court verdicts lists Ukrainian charges of robbery and sexual violence in April 2017. In 2021, Ukrainian police found a gun in Kapuscinski’s car. He was detained but released on bail. In May 2022, the court in Halych halted the investigation — the reason being, as prosecutor Ihor Tyushko told DW, Kapuscinski’s service in the Ukrainian army.

In the Ukrainian military, Kapuscinski sexually harassed female military doctors, according to The Kyiv Independent report, which also charged him with forcing foreign volunteers to loot a shopping mall during fighting around Sievierodonetsk and Lysychansk in early June, and sending legionnaires on missions without preparation. A unit of volunteers from Brazil came under “friendly fire” in Sievierodonetsk and later spent days without water or food under enemy fire.

“We called Piotr Kapuscinski, told him what the Legionnaires were accusing him of, and asked if it was true,” Mironjuk said. “He told us to forward the questions to the prosecutor’s office, that he didn’t have time to talk to us — then he hung up.”

DW contacted Kapuscinski via Petro Shkwarka, the lawyer who defended him in court in Halych. Kapuscinski told DW on the phone that he is in fact a commander in the International Legion, and recounted facts from his criminal past, including the stint as state witness. “I worked for the mafia, I stole, I sold cocaine,” Kapuscinski said, adding he also worked undercover for the Polish secret service for years.

The reporters ‘spoke to deserters’

“Although many people know my biography, I am a respected man in the legion,” he said, adding that is why a friend pinned the epaulette of a colonel to his uniform. “In the legion, rank doesn’t matter because we live and fight well together here,” Kapuscinski argued, adding photos of him wearing the insignia of a colonel do not represent his rank. Under Ukrainian law, foreigners cannot rank higher than sergeant. 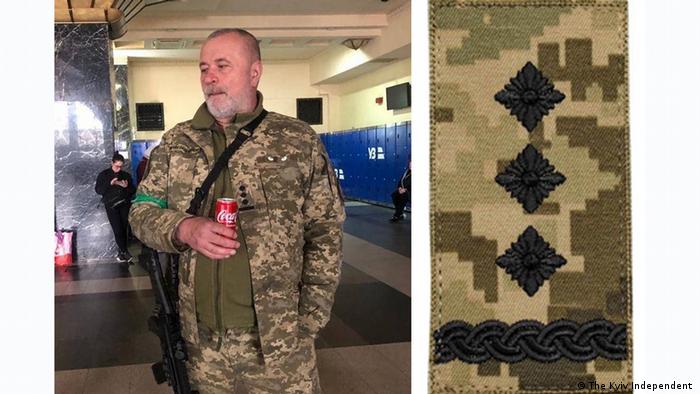 Piotr Kapuscinski wears the epaulette, but he is not an officer

Kapuscinski has firmly rejected the accusations published in The Kyiv Independent. Regarding the incident in the Lysychansk shopping center, he told DW he had permission from the owners to take goods his unit needed. The press office of Comfy electronics, which was one of the stores affected, confirmed his explanation.

The reporters spoke to deserters who left the battlefield near Sievierodonetsk, Kapuscinski said. “In wartime, such people are shot. But Ukraine is a liberal country. I took away their weapons and military IDs and put them on a bus to Kyiv,” Kapuscinski said. “They — a group of Colombians — were expelled from the legion.” He added they complained to the military prosecutor’s office, so he and other military personnel were questioned. The investigators did not find any violations, however, he said.

DW has requested information from Ukraine’s Defense Ministry and from the president’s commissioner for soldiers’ rights, Aliona Verbytska, concerning Piotr Kapuscinski’s status and the complaints leveled against him. To date, the requests remain unanswered.

This article was originally written in Ukrainian.