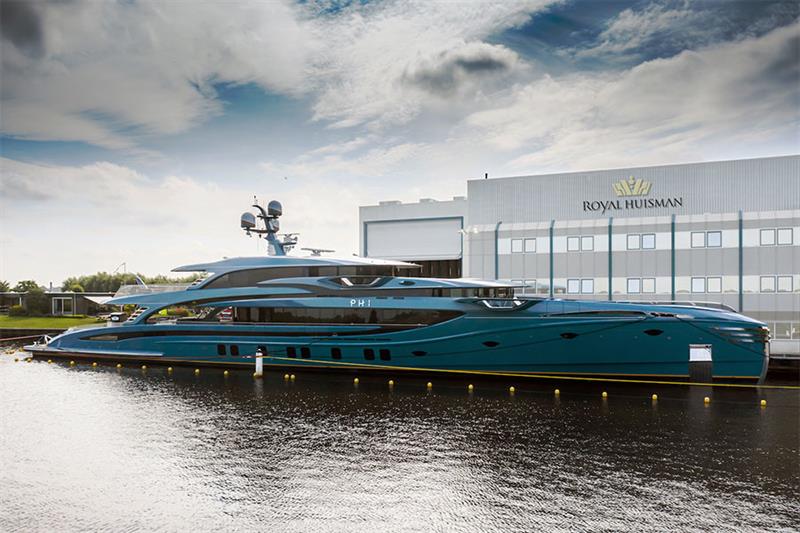 The impounding of Phi, the first superyacht ever to be held in British waters, comes after the UK sanctioned hundreds of Russian individuals and entities in recent weeks over the Kremlin’s war.

Authorities held the vessel, which was docked at Canary Wharf in London after the “combating kleptocracy” unit of the National Crime Agency (NCA) uncovered that its ultimate owner was a Russian businessman.

Although the unidentified individual has not been sanctioned by the UK, new powers allow Transport Secretary Grant Shapps to detain controlled, chartered or operated ships by people connected to Russia.

The seizure sent a “clear and stark warning” to Russian President Vladimir Putin, he said.

“It’s just another indication that we won’t stand by whilst Putin’s cronies are allowed to sail around the world in these kinds of yachts and people in Ukraine are suffering.”

Phi is the third-largest yacht built by Dutch shipbuilder Royal Huisman and includes what the company calls an “infinite wine cellar” and a patented fresh-water swimming pool.

The ship is registered to a company based in the Caribbean country of St Kitts and Nevis, and sails under a Maltese flag, according to the NCA.

“The ownership of the yacht was deliberately well-hidden,” the agency said in a statement.

Its anti-kleptocracy cell has been bolstered in the wake of Western sanctions on Russia over the war in Ukraine, with increased funding and personnel.

“The results of this are already bearing fruit,” NCA investigator Andy Devine said.

Authorities in France, Italy, Spain and Gibraltar have also seized Russian yachts as part of the sanctions campaign against Russia. Britain has impounded at least two oligarch-owned private jets.