California Gov. GAVIN NEWSOM: “I’ve told everyone in the White House, from the chief of staff to the first lady,” he told JMart on election night.

Later that night, on the phone with JOE BIDEN: “I’m all in, put me in coach,” the governor said. “We have your back.”

ANOTHER MESS AT MAR-A-LAGO — The quickest way to DONALD TRUMP’s heart is flattery: Say nice things about him, and you’re in.

Which is perhaps why he was reportedly so smitten with NICK FUENTES — a young white nationalist leader and whose antisemitic and racist views are well-documented and well-known — after dining with him and YE, the performer formerly known as Kanye West, at Mar-a-Lago this week. (Fuentes’ presence was first reported by POLITICO.)

NYT’s Maggie Haberman and Alan Feuer: “During the dinner, according to a person briefed on what took place, Mr. Fuentes described himself as part of Mr. Trump’s base of supporters. Mr. Trump remarked that his advisers urge him to read speeches using a teleprompter and don’t like when he ad-libs remarks.

“Mr. Fuentes said Mr. Trump’s supporters preferred the ad-libs, at which Mr. Trump turned to the others, the person said, and declared that he liked Mr. Fuentes, adding: ‘He gets me.’”

Axios’ Jonathan Swan and Zachary Beau: “A source familiar with the dinner conversation told Axios that Trump ‘seemed very taken’ with Fuentes, impressed that the 24-year-old was able to rattle off statistics and recall speeches dating back to his 2016 campaign. …

“Fuentes told Trump that he represented a side of Trump’s base that was disappointed with his newly cautious approach, especially with what some far-right activists view as a lack of support for those charged in the Jan. 6 Capitol attack.

“Trump didn’t disagree with Fuentes, but said he has advisers who want him to read off teleprompters and be more ‘presidential.’ …

“‘To be honest, I don’t believe the president knew who the hell [Fuentes] was,’ the source added.”

With much of the election cycle behind us, the next Congress can resolve current and future energy challenges by addressing the mismatch between available energy supply and growing demand that is putting upward pressure on prices. A recent Rystad study found that implementing API’s 10-Point Policy Plan could spur nearly $200 billion in direct investment, generate over 225,000 jobs by 2035, and provide consumers relief with more U.S. natural gas, oil, CCUS and hydrogen supplies.

What Trump knew at the time, of course, is a bit beside the point: Now that he undeniably knows who Fuentes is, will Trump condemn or even criticize him?

In a Truth Social post on Friday, Trump confirmed the dinner, calling it “quick and uneventful.”

Later, “in a separate statement, Trump denied knowing who Fuentes was, stating that the ‘dinner meeting was intended to be Kanye and me only, but he arrived with a guest whom I had never met and knew nothing about,’” reports Meridith McGraw. “Both that statement and the Truth Social post did not include a denunciation of West’s or Fuentes’ recent comments.”

Then, in yet another social media post, Trump said that Ye “was asking me for advice … having to do with his business. … Anyway, we got along great, he expressed no anti-Semitism … Also, I didn’t know Nick Fuentes.”

The episode, Meredith writes, “underscores how few guardrails currently exist within the former president’s political operation, with few aides there to screen guests or advise against and manage such gatherings.”

“‘This is a f—ing nightmare,’ said one longtime Trump adviser who spoke on condition of anonymity for fear of stoking the former president’s ire at ‘disloyal’ people who criticize him. ‘If people are looking at [Florida Gov. RON] DeSANTIS to run against Trump, here’s another reason why.’”

So far, perhaps the most vocal inside-the-tent criticism over the dinner with Fuentes has come from DAVID FRIEDMAN, who served as Trump’s ambassador to Israel. “To my friend Donald Trump, you are better than this,” he wrote on Twitter. “Antisemites deserve no quarter among American leaders, right or left.”

Trump’s unwillingness to criticize those who’ve been complimentary towards him is nothing new — even when condemnation is merited, and even when his refusal to do so explodes in his face, as with his comment that there were “some very fine people on both sides” after white nationalists marched on Charlottesville, Va.

That remark in 2017 prompted a wave of statements from leading Republicans expressing their discomfort with Trump’s comment and disgust with white nationalists. But ultimately, most of those same GOP leaders came around and eventually ended up supporting Trump anyway.

Will this time be any different?

Good Saturday morning, and thanks for reading Playbook. I’m Zack Stanton, Playbook’s deputy editor, writing today to give the rest of the team a breather over the holiday weekend. How are you spending your post-Thanksgiving downtime this weekend? Drop us a line: [email protected] and [email protected].

PRESIDENTS, THEY’RE JUST LIKE US — “The Biden family’s tradition of eating lunch, shopping and watching a Christmas tree lighting in downtown Nantucket on Friday became mostly about keeping the president’s 2-year-old grandson from having a meltdown,” AP’s Darlene Superville reports from the island.

BIDEN’S SATURDAY: The president has nothing on his public schedule.

VP KAMALA HARRIS’ SATURDAY: The vice president has nothing on her public schedule.

PHOTO OF THE DAY

7 THINGS THAT STUCK WITH US

1. RUNOFF REPORT: “The overlooked constituency both parties are now targeting in the Georgia runoff,” by Holly Otterbein and Madison Fernandez: “Powered by a multimillion-dollar get-out-the-vote program, turnout among Asian Americans nearly doubled in Georgia from 2016 to 2020, according to the Democratic firm TargetSmart — a major boon for Democrats, who they backed overwhelmingly.

“The same analysis found that the number of ballots cast by Asian Americans in the state increased by upwards of 60,000 votes in 2020, more than the amount by which President Joe Biden carried Georgia. Now Asian American and Pacific Islander elected officials, donors and activists who support [Democratic Sen. RAPHAEL] WARNOCK are trying to prove that those voters can be the margin of victory in this year’s runoff — and grow their clout in the process.”

“How Ms. Raimondo handles that task will have big implications for the United States economy going forward. Many view the effort as the best — and only — bet for the United States to position itself in industries of the future, like artificial intelligence and supercomputing, and ensure that the country has a secure supply of the chips necessary for national security. But the risks are similarly huge.”

3. GUNS IN AMERICA: “Emboldened Biden, Dems push ban on so-called assault weapons,” by AP’s Colleen Long, Mary Clare Jalonick and Lindsay Whitehurst: “A weapons ban is far off in a closely divided Congress. But Biden and the Democrats have become increasingly emboldened in pushing for stronger gun controls — and doing so with no clear electoral consequences.”

4. MEET THE NEW CONGRESS: “Bipartisan band of brothers: The West Point grads coming to Congress,” by Jordain Carney and Olivia Beavers: “When JOHN JAMES and PAT RYAN reconnected on the sidelines of an Army football game in 2019, they were two old West Point classmates with night-and-day political identities in a similar predicament: Both had just lost congressional bids. Three years later, the former Cadet company buddies’ fates have shifted — both will be House members next year. … Incredibly, another graduate of their class will also be roaming the Capitol halls next year: Rep.-elect WESLEY HUNT (R-Texas) will join James, whom he counts as a close friend, as the first two Black graduates of West Point to enter Congress.”

5. WAR IN UKRAINE: “Western sanctions catch up with Russia’s wartime economy,” by WaPo’s Catherine Belton and Robyn Dixon: “Recent figures show the situation has worsened considerably since the summer when, buoyed by a steady stream of oil and gas revenue, the Russian economy seemed to stabilize.”

— “Artillery Is Breaking in Ukraine. It’s Becoming a Problem for the Pentagon,” by NYT’s John Ismay and Thomas Gibbons-Neff: “A third of the roughly 350 Western-made howitzers donated to Kyiv are out of action at any given time, according to U.S. defense officials and others familiar with Ukraine’s defense needs. Swapping out a howitzer’s barrel, which can be 20 feet long and weigh thousands of pounds, is beyond the capability of soldiers in the field and has become a priority for the Pentagon’s European Command, which has set up a repair facility in Poland.”

7. A NEW YORK MINUTE: “‘The sixth borough’: How Westchester became a Democratic firewall in New York,” by Joseph Spector: “The dichotomy in some of the nation’s wealthiest and largest counties serves as a stark reminder that not all suburbs are the same: New York’s Westchester County has become a Democratic firewall in recent years, boosting candidates running for state office and Congress and making it one of the most influential blue suburbs in the country.” 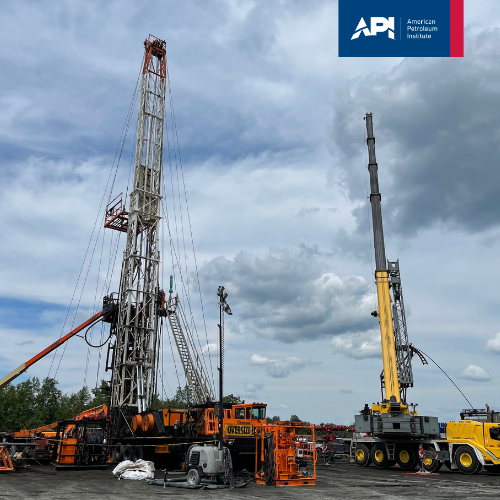 — “The Guggenheim’s Scapegoat,” by The Atlantic’s Helen Lewis: “A museum curator was forced out of her job over allegations of racism that an investigation deemed unfounded. What did her defenestration accomplish?”

— “Road Maps for the Soul,” by Dan Chiasson for the New York Review: “‘The Philosophy of Modern Song’ can be read as a tour journal, refracted through one lonely song after another.”

— “Faking the Funk: How Bootsy Collins Impostors Pulled Off the Ultimate Music Biz Scam,” by Rolling Stone’s David Browne: “With star-shaped shades and platform boots, the Bootsy fakes bilked friends and family out of money over decades.”

— “Could I Survive the ‘Quietest Place on Earth’?” by NYT’s Caity Weaver: “Legends tell of an echoless chamber in an old Minneapolis recording studio that drives visitors insane. I figured I’d give it a whirl.”

— “The Return of James Cameron, Box Office King,” by GQ’s Zach Baron: “It’s been 13 years since James Cameron released ‘Avatar,’ the highest-grossing movie of all time. Now, the director is back with a deeply personal sequel — and the reasonable expectation that it could be the biggest thing he’s done yet.”

— “Jim Harris Was Paralyzed. Then He Ate Magic Mushrooms,” by Rachel Mabe for Outside: “After becoming paralyzed from the chest down, the mountain athlete found an unlikely ally in recovery: psychedelics.”

— “‘The more we pulled back the carpet, the more we saw,’” by The Guardian’s Matt Blake: “What I learned when I bought a house with a dark past.”

— “Jerry Jones helped transform the NFL, except when it comes to race,” by WaPo’s David Maraniss and Sally Jenkins: “Decades after standing on the frontlines of one of Little Rock’s darkest segregation clashes, the Dallas Cowboys owner has led the league toward new revenue models but has yet to hire a Black head coach.”

— “How Washington chased Huawei out of Europe,” by Laurens Cerulus and Sarah Wheaton: “The Chinese tech giant is scaling back in Brussels, Paris and London and pivoting to its domestic market.”

— “Russia’s Dangerous Decline,” by Andrea Kendall-Taylor and Michael Kofman in Foreign Affairs: “The Kremlin Won’t Go Down Without a Fight.”

Mike Lindellthreatened to run against Ronna McDaniel for the chairmanship of the RNC.

Gretchen Whitmer and Mike DeWinemade a bet over the outcome of today’s big rivalry game between No. 3 Michigan and No. 2 Ohio State (it starts at noon on Fox).