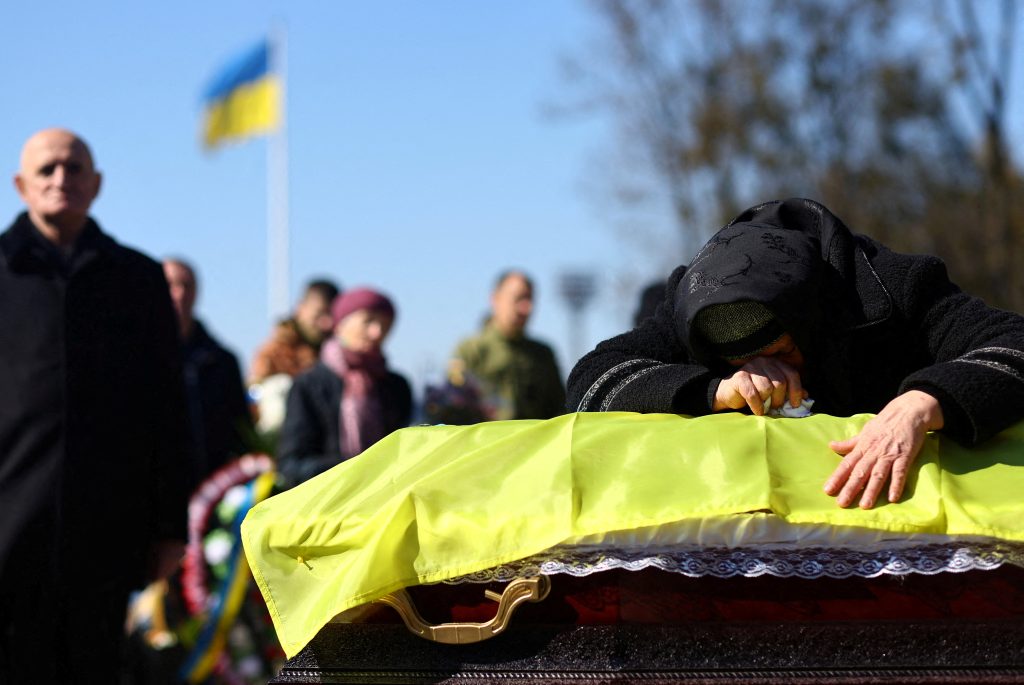 The head of Ukrainian energy giant Naftogaz has accused European countries of funding Putin’s Ukraine war and called for a complete ban on Russian energy exports. “Russia earns $ 1 billion a day from its energy exports and this keeps its bloody regime afloat,” Naftogaz CEO Yuriy Vitrenko said in a recent interview with the Atlantic Council. “If the international community wants to impose crushing sanctions on Russia, this must include a full embargo on Russian gas, oil, and coal exports.”

Vitrenko said that while Ukraine continues to provide gas transit services to Russia, it would be ready to lose transit revenues in order to stop the war. He expressed frustration over the position of Russia’s biggest EU customers, who have informed Ukraine that they are not yet ready to stop buying oil and gas from the Kremlin.

So far, EU leaders have agreed to gradually phase out Russian energy imports. However, current plans mean this process could take years to complete. Likewise, pledges to increase supplies of liquefied natural gas from the United States, Qatar and other sources are some way off.

In the meantime, Vitrenko urges European countries to cut down on consumption by imposing energy conservation measures such as speed limits while also incentivizing remote work, lowering thermostats, and rationing industrial power.

As a temporary solution, Vitrenko would like to see measures introduced that could allow the international community to leverage energy purchases as part of efforts to force Russia into ending its war in Ukraine. “If the EU is not ready [to end Russian energy imports], then a mechanism of escrow accounts must be put in place so that gas and oil can still flow to Europe from Russia but Putin cannot get the money. These revenues would be held until Russia withdraws its military from Ukraine. This is a mechanism used in relation to Iran. ”

Vitrenko believes all countries with large reserves of oil and gas such as Canada and Norway have a role to play in the strategic task of reducing European dependence on Russian energy. The US is leading the way and has already committed to expanded gas production and more pipelines at home in order to ship greater quantities of liquefied natural gas to Europe.

“Canada and others should produce as much gas and oil as they can to increase exports to Europe, and Europe should also transition more quickly to renewables,” Vitrenko says. “The free world cannot depend on rogue regimes for its energy needs. It was suicidal of Germany to shut down its nuclear and coal plants in order to rely more and more on Russia. ”

Despite the escalating death toll and devastation of the current conflict, Vitrenko remains broadly optimistic regarding the eventual outcome of the war. “I believe that Ukraine will win,” he states. “History shows that whenever a populist autocrat does things to engage in Nazi-style aggression, it is not sustainable. And the Russian military is so rotten with corruption that everything from their tanks and equipment to food and medical supplies is substandard. Russian corruption helps us a lot. ”

If the West continues to arm Ukraine, Vitrenko is confident military setbacks on the ground will eventually force Putin to make a deal. The Naftogaz CEO speaks from personal experience in this regard, having negotiated a USD 3 billion settlement and new gas transit contract directly with Putin in 2019 following a series of court victories over Russia. “You have to be strong and you have to confront Putin,” notes Vitrenko. “It’s the only language he understands.”

Ukraine’s top energy executive says the international community is still too soft on Russia. He believes a far tougher sanctions stance is necessarily before any kind of meaningful peace can be achieved.

In common with many commentators, Vitrenko argues that numerous failures to punish Putin for earlier acts of international aggression set the stage for today’s full-scale Russian invasion. “I am angry that Germany and other countries did not do enough in 2014 when Putin first invaded Ukraine. If the sanctions introduced in recent weeks had been imposed eight years ago, we would not be facing the horrors of the current war. ”

While he acknowledges that progress has recently been made in confronting the Kremlin, Vitrenko remains convinced present measures do not go nearly far enough. Only the imposition of comprehensive sanctions including a blanket ban on Russian energy exports will force Moscow to end the war.

“Putin must be made to understand that he cannot win in Ukraine,” says the CEO Naftogaz. “We need to send a clear message to Moscow that Russia will be bankrupted and the entire Putin regime will inevitably collapse. Putin doesn’t care about the suffering of ordinary Russians but he is deeply committed to his own political survival. ”

Diane Francis is a nonresident senior fellow at the Atlantic Council’s Eurasia Center, editor-at-large with the National Post in Canada, author of ten books, and author of a newsletter on America.

Image: Family members of Ivan Skrypnyk, who was killed in a rocket attack against a military base in Yavoriv during the ongoing Russian invasion, pictured at his memorial service in Lviv. March 17, 2022. (REUTERS / Kai Pfaffenbach)