Compared to other conflicts, the Russian invasion of Ukraine has generated wall-to-wall news coverage, resulting in criticisms of Western bias and racism. 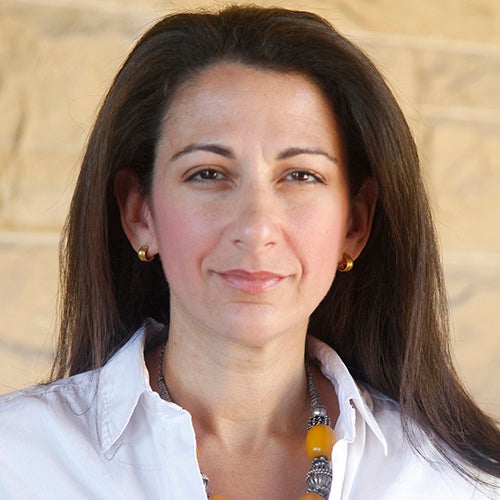 Here, Janine Zacharia, a longtime journalist and now the Carlos Kelly McClatchy Lecturer in the Department of Communication, discusses what sets the coverage of the war in Ukraine apart, including the staggering humanitarian crisis unfolding and the possibility that it could escalate into a larger confrontation with NATO that draws the United States into a conflict with a nuclear-armed Russia.

Zacharia links the increased coverage to the relatively easy access that reporters have to Ukraine compared to other countries, talks about the important role of independent, local media play during wartime, and recounts her personal experiences with the dangers of war reporting.

Before joining Stanford’s School of Humanities and Sciences, Zacharia was the Jerusalem bureau chief and a Middle East correspondent for the Washington Post. She also worked as chief diplomatic correspondent for Bloomberg News in Washington, traveling to more than 40 countries with then US Secretary of State Condoleezza Rice and other senior administration and military officials.

Much of your journalism career has been spent reporting conflicts and uprisings. Are you seeing anything particularly different about how the US and Western media are reporting the Russian invasion of Ukraine?

When a conflict erupts, the international media parachutes in. Coverage dominates until there’s a resolution or it becomes clear the conflict isn’t going to end quickly, and then the media largely moves on. 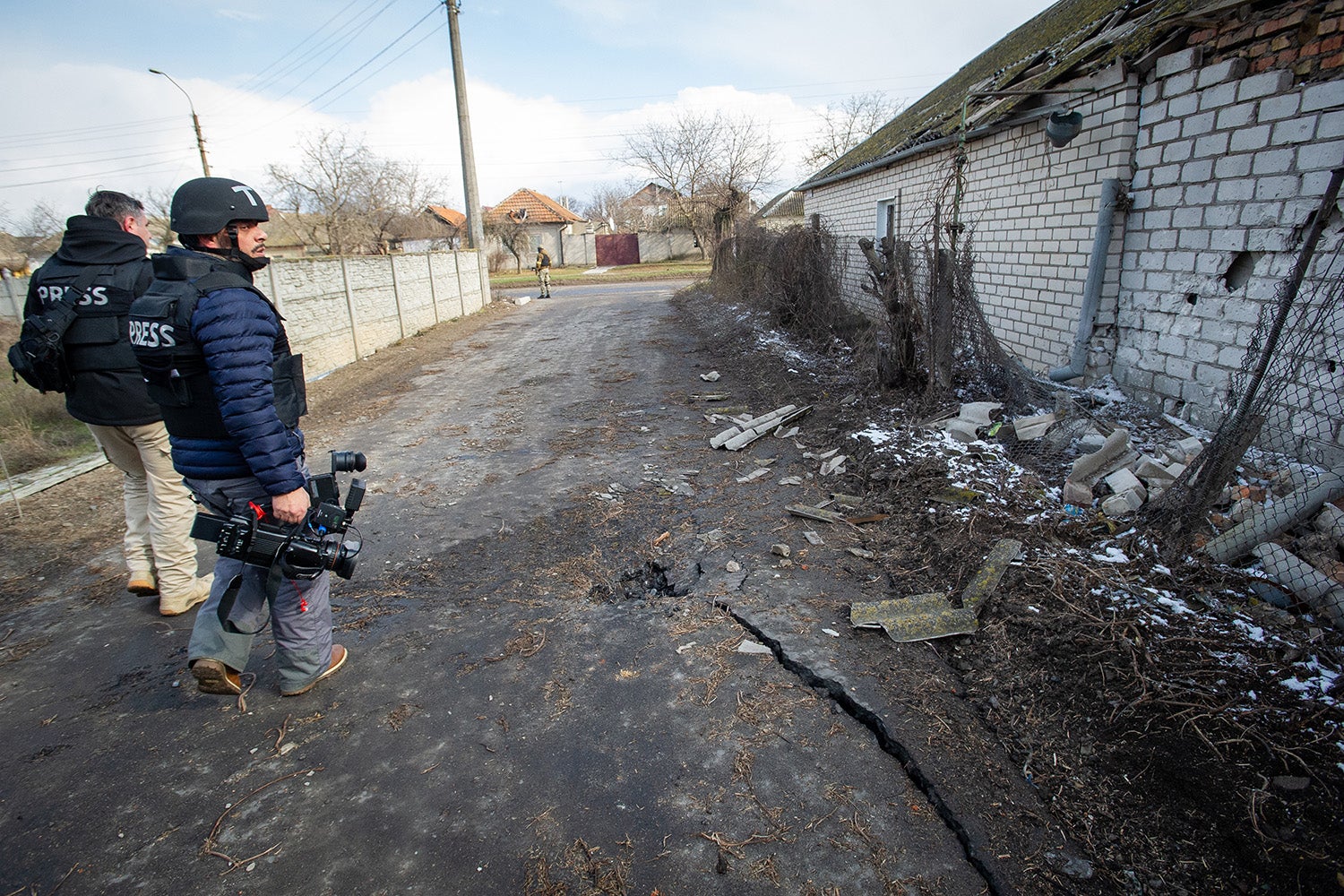 A television news team examines the result of a Russian missile strike in a residential neighborhood in the port city of Mykolaiv, Ukraine, on March 9, 2022. (Image credit: Getty Images / Scott Peterson)

Ukraine is a story of paramount importance. And it was easy for international journalists to get into the country at the start, so you have an enormous number of reporters on the ground. This access difference has been striking to me. Journalists could easily get into position to cover Ukraine, unlike in 2012 when Anthony Shadid, the preeminent Middle East reporter of our time, died of a fatal asthma attack while trying to leave a covert reporting trip to Syria because reporters weren’t granted visas.

The amount of live tweeting by professional international reporters, local media and just regular citizen journalists who are posting images, videos and descriptions of military movements and atrocities may also be unprecedented. Also, US foreign correspondents routinely rely on local media for leads on where to be and what to report. In this war, the Kyiv Independent has been a standout and illustrates the importance of supporting independent media everywhere.

Another difference is the spike in general awareness of Russian disinformation and how to report on it responsibly. After the 2016 US election, Andrew Grotto of CISAC and I drafted a propaganda-reporting playbook and I’m happy to see many of our recommendations being implemented, including newsrooms that have built teams to verify the provenance of online content.

Is there anything else that stands out for you about the reporting on this conflict?

Seeing real foreign policy reporters get airtime highlights how little serious international reporting you see daily on domestic US news channels. The world is completely under-covered because the world is serious news and US cable networks especially have become infotainment.

Reporters like CNN senior international correspondent Matthew Chance are pros. And seeing him on domestic CNN reminds me, “Ah yes, CNN is good at news reporting when they choose to do it.” The coverage of Ukraine will be intense – but it will disappear too fast if a ceasefire is reached. US television news will resume its focus on horse-race domestic political coverage. Chance will be banished back to CNN International.

I hope that with Russian forces on nuclear high alert – a development that should be of broad interest to the American public – all American TV news channels can at least consider reinstating a World Today – type show that provides serious news you need to know about what’s happening beyond our borders.

There appears to be more coverage of the Ukraine invasion compared to conflicts in other regions around the world (see reports here and here). Do you think the amount of coverage for this war is warranted?

Sadly, there is no correlation between the scope of a humanitarian disaster and the amount of coverage of a story in US media. I recommend watching the presentation at CISAC by Andrew Shaver of the University of California, Merced, or reading his paper that showed “the frequency of reporting on international issues we study tracks only modestly with their associated human costs.”

Ukraine is glaringly getting a lot of coverage right now that other wars aren’t. I watched in agony as Russia bombed Aleppo and other Syrian cities, and those attacks didn’t get the coverage we are seeing now in Ukraine.

But I would argue that this Russian invasion of Ukraine merits the enormous coverage. The international post World War II order is being upended. In addition to the humanitarian cataclysm unfolding, there is a strong possibility that it could bleed into a conflict with our NATO allies and draw the United States into a conflict with a Russia that has used unconventional weapons in the past and is threatening to use nuclear weapons. now.

I worry that in fact we will abandon the intensive coverage too soon. Right now, it’s all Ukraine all the time. But gradually Ukraine could become like other conflicts that get only episodic coverage. This is where the collapse of newspaper funding models matters. International reporting is expensive, and editors must make choices. One or two reporters could be tasked with covering the entire Middle East or the entire continent of Africa. Most news outlets won’t have anyone there at all.

US and Western media have also been called out for racial bias in their reporting. What do you make of these accusations?

The commentary by some of these anchors has indeed been cringeworthy. For example, when Charlie D’Agata of CBS News expressed surprise that fighting had broken out in “a relatively civilized, relatively European” city. He and other reporters should have explained how what is happening in Ukraine resembles the Russian bombings of civilian targets in Aleppo.

Journalists have died covering the war. What are some of the dangers reporters face in warzones in general and this one in particular?

As someone who covered wars and now teaches foreign correspondence, I hope everyone watching this war with horror appreciates the risks that hard-working, brave journalists are taking to bring them the news. 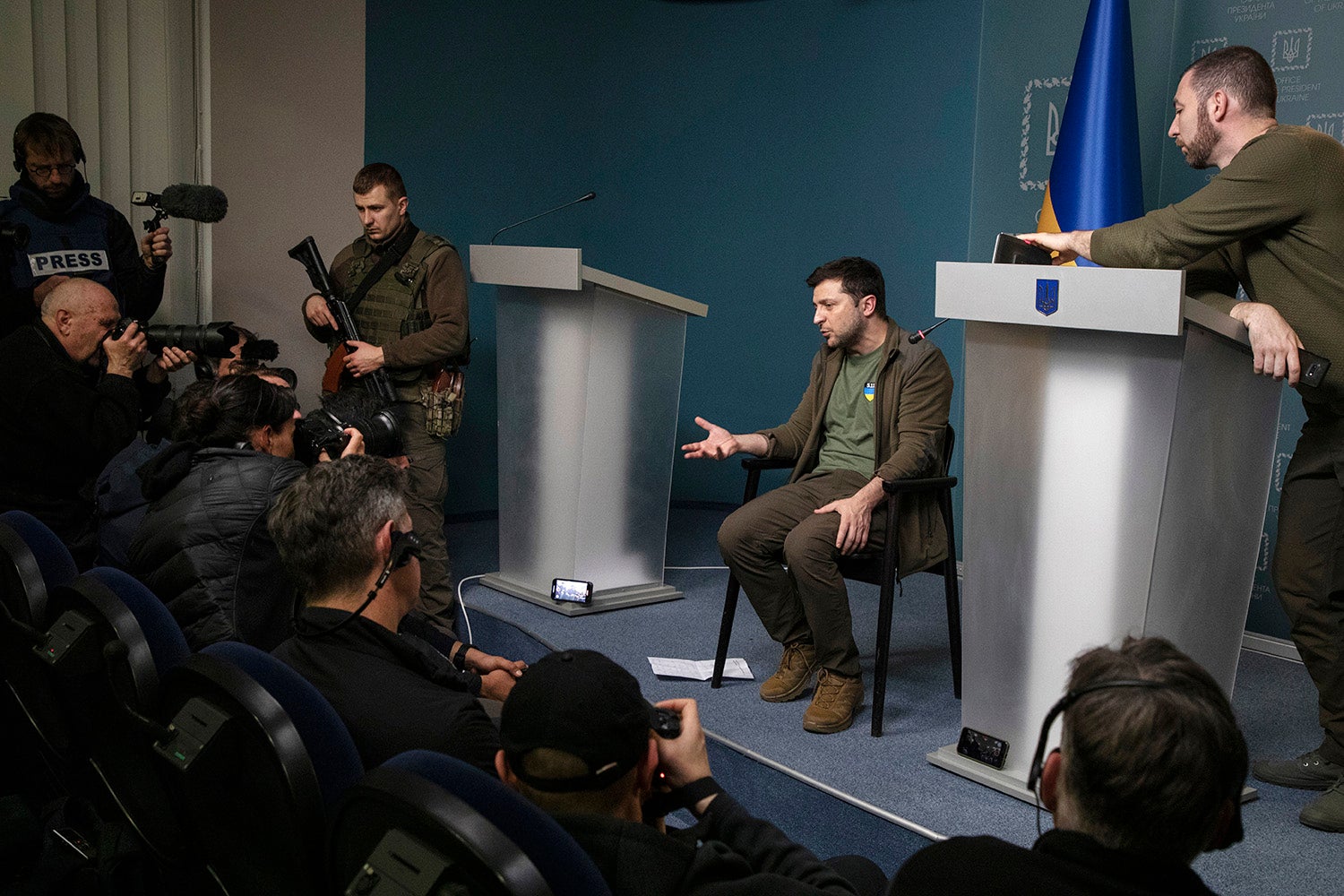 Russian independent journalists and long-time foreign correspondents have had to flee Russia. And the major American news outlets have shut down their Moscow bureaus. This was unthinkable just a month ago. For Putin, journalists are as much an enemy as Ukrainian fighters. That’s why I’m anxious that more journalists, especially those traveling solo and who haven’t covered wars before and don’t have a security team guiding them, could be in grave danger.

Being a war correspondent has always been dangerous and sometimes deadly. When I reported in the Middle East in the 1990s and 2000s, we would write “TV” on the car windows with masking tape to deter attacks on our vehicle. Around early 2012, it started becoming clear that being a journalist was no longer a form of protection. Oftentimes, it was a liability. You saw this in Bashar al-Assad’s targeted killing of Marie Colvin and in the murders of American journalists like James Foley by ISIS. And now you see it with Russia firing on a Sky News team and the Russian military’s fatal shooting of American documentary Brent Renaud. Pierre Zakrzewski, a longtime war photojournalist working for Fox News, and a 24-year-old Ukrainian journalist working with him, Oleksandra Kuvshynova, were both killed when their vehicle came under fire as they were reporting.

Pictures of Renaud’s old New York Times press pass circulated on social media as soon as he was killed. For years, I deliberately kept an old Washington Post ID on me long after I stopped working there. I know Renaud took that badge hoping it would help him.

Are you discussing the reporting around this conflict in your classes?

In COMM 104, the introductory Reporting, Writing and Understanding the News course I taught this winter, even before Russia invaded Ukraine, we talked about the stories we could be doing locally, like how Ukrainian and Russian students on campus were reacting and what Ukrainians working in tech locally were doing to support people back home. I played the Charlie D’Agata clip and showed his apology, and we discussed it.

But mostly the war has compelled me to restructure my syllabus for Foreign Correspondence, which I teach in spring quarter on campus. In contrast to the unfortunate comments by a few anchors, there’s an extraordinary amount of outstanding reporting being done, so I am having a hard time narrowing down what to assign. The Russia-Ukraine war will fit into the discussions we have about concepts such as identifiable victim effect, compassion fatigue, user-generated content and activism vs. journalism, and we will speak to some of the journalists working in the field.

A big part of my focus at Stanford is how we tell underreported stories from abroad to ensure Americans get an adequate diet of international news to be informed citizens. How do we persuade Americans that it is important to understand what is happening in Tigray or Tripoli? What storytelling tools are most effective? Why are our cable news channels – with 24 hours at their disposal – devoting so little time to international news? Fortunately, if you want to know about any spot on the globe today you are just a Google search away. The news wires cover every country daily and you can set news alerts to track these issues. But most people have become passive news scrollers and allow algorithms to feed them what they want to know rather than what they need to know to be informed. And news editors don’t focus on or do sustained reporting of the Yemen story or the Ethiopia story or the Venezuela story, and that has consequences.