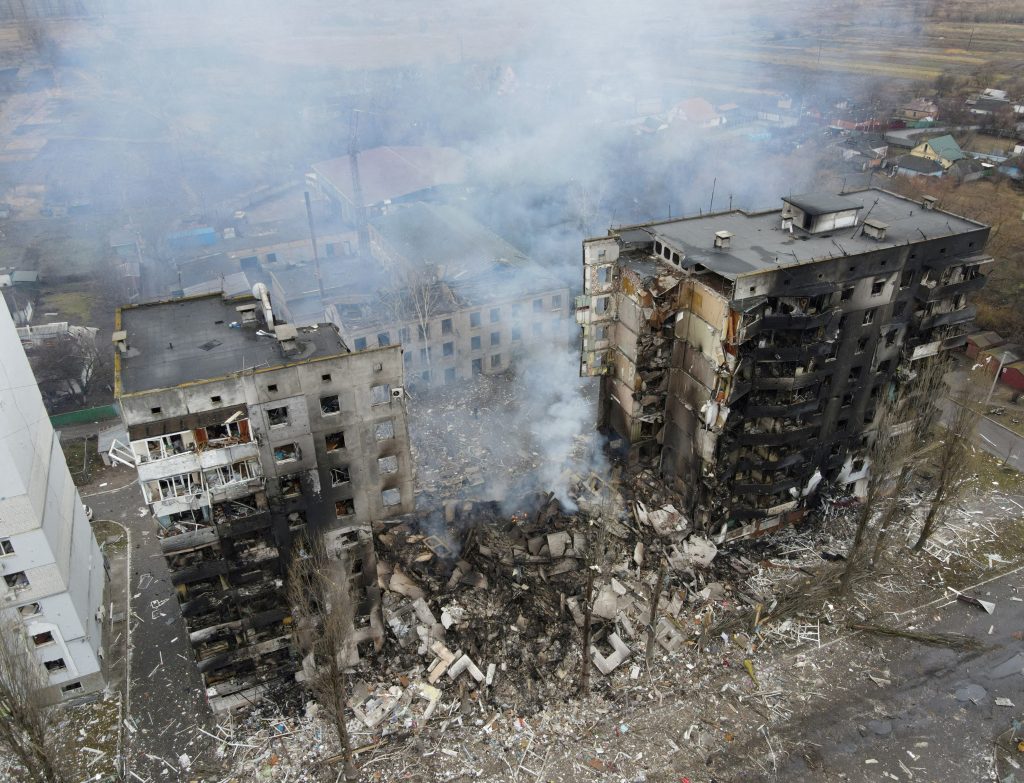 Sanctions against Russian oligarchs are starting to work and have caused some to speak out against Putin’s invasion of Ukraine. Their influence on the Kremlin is key and pressure on them must continue, along with other economic tools such as bans on Russian energy exports.

The first Russian oligarch to publicly criticize the war was Oleg Deripaska, a sanctioned Russian billionaire tycoon with close ties to Putin and links to a number of US politicians. He called for an end to the war and said in a social media post, “Peace is very important! It is insane to prolong [peace] negotiations! ”

In a further commentary, Derepaska predicted that Western sanctions would drive Russia into a prolonged economic crisis. “The crisis will be most severe for a minimum of three years. Take the 1998 crisis and multiply it by three. ”

The most high-profile and direct Russian criticism of the war was a front page article in London’s Evening Standard newspaper written by its Russian owner Evgeny Lebedev: “As a Russian citizen I plead with you to stop Russians killing their Ukrainian brothers and sisters. As a British citizen, I ask you to save Europe from war, ”he wrote.

Others have also voiced their alarm and opposition. The sanctioned Russian founder of Tinkoff Bank, Oleg Tinkov, posted on Instagram: “Innocent people are dying in Ukraine now, every day, this is unthinkable and unacceptable.”

Another sanctioned Russian financier, Mikhail Fridman of Alfa Bank, who was born in Ukraine, called the war a “tragedy” that “should be stopped as soon as possible.”

To date, the EU has sanctioned 22 Russian oligarchs along with their families and close associates. Individual EU member states have also begun seizing yachts and other assets.

There will be legal challenges along the way because most oligarch assets are hidden behind a complex web of offshore corporations, trusts, and proxies. It is also believed that a number of oligarchs hold Putin’s personal fortune in trust.

So far, the UK has only sanctioned 10 oligarchs while citing legal delays. “Ministers are understood to be examining ways of speeding up the sanctions process amid fears that targeting the government’s full hit list of more than 100 Russian oligarchs could take as long as six months because of legal hurdles,” he wrote. The Guardian.

The most prominent Russian oligarch in Britain is Roman Abramovich. He has called for peace and announced the sale of Chelsea Football Club to raise money for victims of the war in Ukraine. However, he has stopped short of condemning Putin or the war itself.

On March 3, President Biden added eight new members from the Russian elite to America’s sanctions list, bringing the total to 19 oligarchs and 47 family members. New targets include Yevgeniy Prigozhin, who is widely touted as the man behind the Wagner mercenary group. Russia’s richest individual Alisher Usmanov has also been sanctioned, while his yacht has been seized in Germany.

The United States has included the families of oligarchs on its sanctions lists. For instance, the U.S. Treasury recently sanctioned the sons of two of Putin’s closest officials. “Elites close to Putin continue to leverage their proximity to the Russian President to pillage the Russian state, enrich themselves, and elevate their family members into some of the highest positions of power,” officials stated.

Not surprisingly, oligarch enablers are distancing themselves from their wealthy benefactors and clients. From social acquaintances to brokers, business associates, Western partners, lobbyists, politicians, banks and accountants are all scrambling to avoid association. This includes members of Washington’s storied K Street lobby industry.

“From lobbyists on the Hill to a large state-sponsored media operation, Russian interests have spent at least USD 182 million on legal influence operations in the United States since 2016,” he wrote. Statecraft Manager, a magazine published by the Quincy Institute for Responsible Statecraft. “For the last six years, Russian interests have spent more than 14 times as much as Ukrainian interests on Foreign Agents Registration Act firms. This, of course, doesn’t include the sizable resources Russia has devoted to exerting influence illicitly, including meddling in the 2016 and 2018 US elections. ”

Daniel Vajdich, President of Yorktown Solutions in DC, has worked for years with Ukraine’s energy conglomerate to stop Putin’s Nord Stream 2 pipeline to Germany, which has since been blocked by Berlin following the invasion of Ukraine. He now works pro bono to fight for tougher sanctions and said many firms are removing themselves from Russia to protect their reputations.

“Some of the rats are starting to jump ship,” he said in a recent interview. “Even their lobbyists in Washington, who have engaged in treasonous activities on behalf of Kremlin-backed interests for years, are now being compelled to abandon their oligarchic benefactors. This shows that the oligarch sanctions are starting to work. But we can’t stop now. The administration needs to keep pushing on this front and not let up. ”

Besides attacking Russia’s oligarchs, the United States must lead a global campaign to ban all Russian energy exports. Energy is the lifeblood of Putin’s regime and many observers believe prohibiting exports is the only way Russia can be effectively restrained. If the West does not intervene militarily, it must inflict maximum financial damage on the Putin regime and starve it of the funding to wage war.

Diane Francis is a Nonresident Senior Fellow at the Atlantic Council’s Eurasia Center, editor-at-large with the National Post in Canada, author of ten books, and author of a newsletter on America.