The number of refugees from Ukraine in Poland exceeds 2 million. According to the UNHCR, about 1.5 million people will eventually decide to stay in Poland. If these estimates are correct, it will mean at least a temporary increase in the country’s population of about 4%.

“Poland’s economy is likely to be hit hard by the effects of the war in Ukraine,” says Liam Peach, an emerging market economist at Capital Economics.

Capital Economics has revised its 2022 GDP forecast from 4.5% to 3.5%, below consensus expectations. 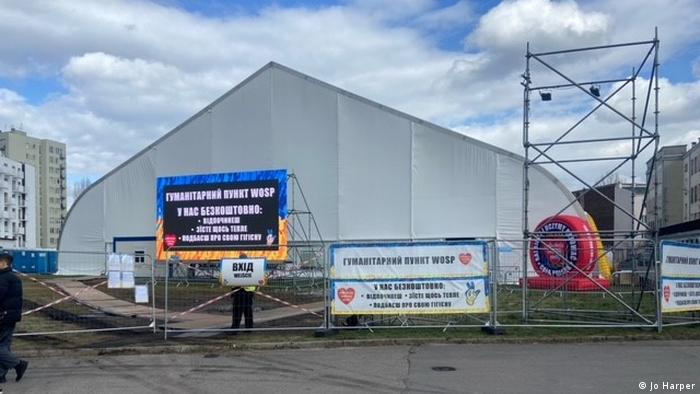 During the first two months of the crisis, the Polish government has allocated about 8 billion zlotys ($ 1.8 billion, € 1.6 billion) for direct or indirect aid.

All refugees have been allowed to stay and work in Poland for 18 months, with free access to the health care system, small startup grants and a children’s allowance of € 120 a month (equal to the amount Poles receive). Poland has exempted the refugees from paying for public transportation and has also issued work IDs. Over 50,000 refugee children have been enrolled in Polish schools.

The direct fiscal cost is around 3% of GDP, in the form of higher expenditure on health care, education, social policy and housing.

Poland could receive around € 1.4 billion of EU ad hoc aid to help finance refugee aid, but the nationalist government has complained that a large part of these funds will not be new, but instead represent transfers under existing EU programs.

In March, the European Commission proposed launching an ad hoc aid of € 3.4 billion for member states receiving refugees. The funding comes from the REACT-EU instrument, which was launched to help Europe recover from the pandemic. 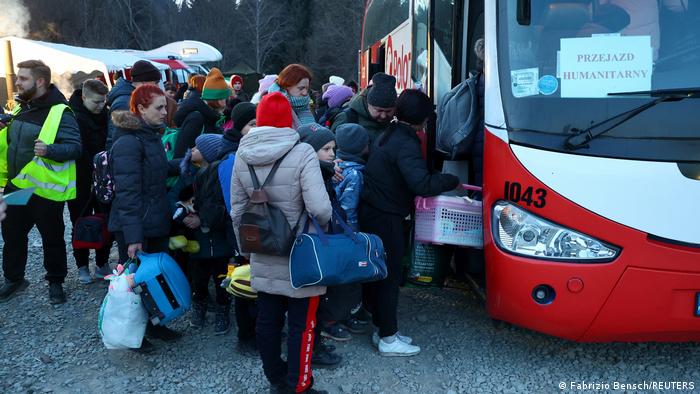 “The impact on Polish industry will be compounded by supply chain disruptions,” said Peach.

Some 5% of intermediate goods imports used by Polish manufacturers are from Russia, while imported intermediate inputs from Russia account for around 50% of total imported inputs in Poland’s mining sector. Poland also depends heavily on imports of iron ore from Ukraine, Peach added.

Some Polish firms have been affected by shortages of raw materials, weighing on export prospects.

Restrictions on exports to Russia, Ukraine and Belarus are not, however, a macro problem for Poland. The share of Poland’s total exports to Russia, Ukraine and Belarus is limited and there is no special group of goods or services in which Poland specializes that could suffer badly, according to Piotr Szpunar, director of the Polish central bank’s Economic Analysis and Research Department.

In January, the government temporarily cut VAT on gas, food and gasoline to contain rising consumer prices and headline inflation dropped to an annual 8.5% in February from 9.4% in January as a result.

Food inflation in Poland looks set to rise towards 15% this year, due to the effects of higher global agricultural commodity prices and the increased cost of fertilizers in production.

If there are shortages of products sourced from Russia or Ukraine, food inflation could rise even further, as Poland imports more than 50% of its sunflower and soyabean oil from Ukraine.

The dampening effect of higher inflation on households’ real incomes and consumer spending will be reinforced by tighter monetary conditions, Peach argued.

It will also have a negative impact on private-sector investment, said Piotr Kalisz and Cezary Chrapek from Bank Handlowy, which will only be partially offset by higher public-sector spending.

“When the government’s tax cuts expire mid-year, energy prices are likely to rebound, pushing inflation toward the 12% area,” JPMorgan’s emerging Europe team said, although the increase in energy prices means the government will likely extend its anti-inflation shields until the end of the year.

In 2020 Poland built 200,000 dwellings, three times lower than refugee needs should they decide to stay.

According to Eurostat, in 2020 the average number of rooms in Polish dwellings per occupied person was equal to 1.2, much lower than in the eurozone (1.9).

“We expect both housing and rent prices to increase. Given the rapid increase in interest rates, fewer people could be eligible to obtain mortgages and current creditors would be under additional financial stress, making renting the more affordable option,” Arak noted.

Although the direct impact of the war will weigh on growth in Poland’s economy this year, there will be some offsetting factors.

The government has loosened fiscal policy by cutting personal income tax rates and the influx of Ukrainian refugees will boost spending.

“Government spending will undoubtedly increase, including on education and health care. It will be quite a strong demand impulse,” Szpunar said.

Bank Handlowy experts believe that in the long run, changes related to the influx of refugees may have a big impact on the Polish labor market.

“As experience from the period 2014-2021 shows, slight linguistic and cultural barriers make it relatively easy for Ukrainian citizens to enter the domestic labor market,” argue the authors of the report.

“We assume that with a very low unemployment rate in the country (3%), the integration of newly arrived refugees into the Polish labor market will be relatively effective,” Bank Handlowy writes.

The impact this year may be small since most refugees are children, women and over 60s and it will take time to integrate into the labor market, but in the medium term refugees could have a positive impact on Poland’s growth prospects, said Peach.

“This outpouring of aid may create the impression that Poland is fully equipped to manage the crisis. It isn’t. If Western governments do not find a way to help Poland financially and logistically, they could end up confronting another nationalist backlash, “commentator Slawomir Sierakowski wrote in Project Syndicate.

Sierakowski noted that there were already signs the EU and the US might accept a semi-authoritarian rule in Poland as the price that must be paid for solidarity against Russia. “In that case, Polish democracy will become yet another victim of the war,” he concluded.