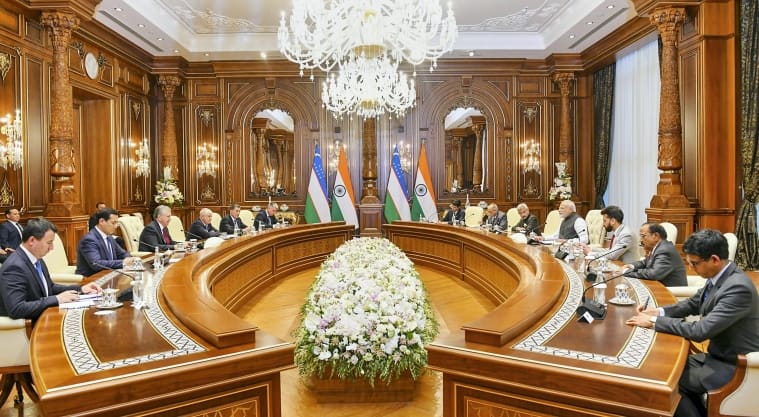 With Pakistan Prime Minister Shehbaz Sharif listening, Prime Minister Narendra Modi urged Shanghai Cooperation Organization member states Friday to “give each other full right to transit”. Addressing the SCO summit that included China President Xi Jinping and Russia President Vladimir Putin in the Uzbekistan city of Samarkand, Modi framed the “right to transit” in the context of connectivity and how it could help establish reliable and resilient supply chains in the region. Lack of transit across Pakistan’s territory has been a challenge for India to access Central Asian markets, and Delhi has flagged this concern several times in the past.

The Shanghai Cooperation Organization summit ended Friday without a bilateral meeting between Prime Minister Narendra Modi and Chinese President Xi Jinping although they did stand next to each other as leaders of the grouping posed for photographs. Delhi signed off on the Samarkand declaration of the SCO summit which omitted reference to the “UN Charter” while underlining “mutual respect for sovereignty” and “territorial integrity of States”. Unlike last year’s SCO declaration in Dushanbe which had called for adhering to the “goals and objectives of the UN Charter”, there was no such mention this time.