With help from Lawrence Ukenye, Lili Bayer and Daniel Lippman

Two years ago, the frozen conflict between Azerbaijan and Armenia over a long-disputed territory turned hot, leading to thousands dead and more regional power for Baku. Now there’s renewed fighting, this time featuring direct attacks on Armenia proper by Azerbaijani forces — threatening the lives of many still reeling from the last battle and giving Russian President VLADIMIR PUTIN a new headache.

Both sides blame the other for reigniting the powder keg. Armenian officials say they had to respond to the shelling of their towns, while Azerbaijani military spokesperson Lt. Col. ANAR EYVAZOV claimed Yerevan was moving its forces into position “for a large-scale military provocation.”

The good news is that this episode may just be a temporary flare-up in the decadeslong spat over Nagorno-Karabakh, the territory internationally recognized as part of Azerbaijan but populated with ethnic Armenians. Russia, which has ties to both countries since they were former Soviet Republics, claims it brokered a ceasefire, an announcement that came shortly after Yerevan called on Moscow to abide by a mutual defense treaty.

The bad news is the calm period might not hold. National Security Council spokesperson JOHN KIRBY said the agreement was “almost immediately broken” last night. And Russia, which sent peacekeepers to stop the war two years ago, is a little tied up at the moment in Ukraine. Experts doubt it has the ability to keep the peace even if Putin wanted to.

“Local power seems to matter more now than the great powers,” said LAURENCE BROERS, an associate fellow at the Chatham House, a think tank in London.

There’s little room for the Biden administration to step in, even though the State Department called for a stop to the fighting and Secretary of State ANTONY BLINKEN called the leaders of bothcountries overnight. The recent appointment of PHILIP REEKER as a senior adviser for Caucasus negotiations won’t do much to change the situation, either, experts say.

Broers suspects Azerbaijan’s goal is to pressure Armenia into making concessions on Nagorno-Karabakh, showing its own sovereignty is under threat should it fail to cave to Baku’s demands.

“This escalation will probably die down but it will leave a new line of actual control inside de jure Armenia that will then be contested and leveraged. There will be more such escalations and more ceasefires — serial escalations,” he said.

And even if Armenia gave in, it’s unlikely the public and political players will accept such a move, leading to internal instability that might add more fuel to the fire.

UKRAINE’S WISH LIST: NatSec Daily obtained the full list of weapons Ukraine wants for the next phase of the war against Russia, first reported by the Wall Street Journal:

It’s unclear if the U.S. will provide this weaponry and, if it does, how much of each. It’s likely the Biden administration won’t provide ATACMS as officials have so often spoken publicly against doing so, though one never knows if there’s a policy reversal.

A senior Ukrainian official told our own LILI BAYER: “We badly need artillery shells of 122mm, 152mm and 155mm caliber, as well as artillery systems. In view of recent shelling and bombardments by Russia of critical infrastructure (like the thermal power plant in Kharkiv) we urgently need anti-air and anti-missiles systems in order to defend those objects.”

INSIDE UKRAINE’S STUNNING ADVANCE: The seeds of Ukraine’s military gains this past weekend were planted months ago as officials in Kyiv and Washington devised the plan that would see Russia retreat and humiliated after six months of war.

Under orders from Ukrainian President VOLODYMYR ZELENSKYY, “the Ukrainian military devised a plan to launch a broad assault across the south to reclaim Kherson and cut off Mariupol from the Russian force in the east. The Ukrainian generals and American officials believed that such a large-scale attack would incur immense casualties and fail to quickly retake large amounts of territory,” the New York Times’ JULIAN BARNES, ERIC SCHMITT and HELENE COOPER reported.

“We did do some modeling and some tabletop exercises,” COLIN KAHL, DoD’s policy chief, told the NYT. “That set of exercises suggested that certain avenues for a counteroffensive were likely to be more successful than others. We provided that advice, and then the Ukrainians internalized that and made their own decision.”

“Instead of one large offensive, the Ukrainian military proposed two. One, in Kherson, would most likely take days or weeks before any dramatic results because of the concentration of Russian troops. The other was planned for near Kharkiv,” per the NYT. “Together Britain, the United States and Ukraine conducted an assessment of the new plan, trying to war game it once more. This time officials from the three countries agreed it would work — and give Mr. Zelensky what he wanted: a big, clear victory.”

The drone, a Shahed-136, was taken out near Kupyansk, the town in the Kharkiv region Ukrainian forces recently recaptured in their northeastern advance.

The Biden administration downgraded intelligence that said Russia was looking to Iran to buy drones for the war in Ukraine. The Kremlin also turned to North Korea for weapons, as the U.S.-led sanctions on Russia have harmed the country’s economy and ability to build and repair arms.

IT’S TUESDAY: Thanks for tuning in to NatSec Daily. This space is reserved for the top U.S. and foreign officials, the lawmakers, the lobbyists, the experts and the people like you who care about how the natsec sausage gets made. Aim your tips and comments at [email protected], and follow me on Twitter at @alexbward.

Lockheed Martin and Airbus announced the LMXT’s boom will be manufactured in Arkansas, reinforcing that the LMXT will be built in America for Americans by Americans. Learn more.

TRIBES HELP U.S. AGAINST ISIS: Tribesmen in Syria are helping the U.S. to track and kill ISIS fighters out of a sense of revenge.

“Still thirsty for vengeance eight years after the group…massacred hundreds of their clan, Sheitaat tribesmen in Syria had planted a tracking device on the motorbike Agal was riding when he was killed, one of the people who tracked him down said,” Reuters’ SULEIMAN AL-KHALIDI reported. “The Arab tribesmen in Syria seeking vengeance are now part of a growing network of tribal spies playing a significant role in the U.S. military’s campaign to further degrade the group, three Western intelligence sources and six tribal sources said.”

“These networks of informants are working with the Americans who are planting them everywhere,” said YASSER AL KASSAB, a tribal chief from the town of Gharanij in the Deir al-Zor area. “Informants from the same tribe are tipping off about their own cousins in Islamic State.”

“The government is forming a cybersecurity agency inside the newly established Ministry of Digital Affairs, which is headed by hacker-turned-cabinet member AUDREY TANG. The agency will hire an initial 150 cybersecurity specialists, a sharp increase from the 20 staff it had at a cabinet-affiliated cybersecurity center,” Nikkei Asia’s THOMPSON CHAU reported.

The effort is part of the self-governing island’s plan to increase defense spending by 15 percent next year, spurred by China’s increasingly aggressive exercises and statements over the past few months.

NO SPACE GUARD NEEDED: The nominee to lead the Space Force stuck to the Pentagon’s position that there is currently no need for a Space National Guard, our own BRYAN BENDER and CONNOR O’BRIEN report (for Pros!).

Lt. Gen. CHANCE SALTZMAN, President JOE BIDEN’s nominee to be the second-ever chief of space operations, “did not commit to creating a separate Space National Guard, as mandated in the House’s version of the fiscal 2023 National Defense Authorization Act,” they reported.

Instead, he said the goal is “unfettered access to those capabilities,” but to meet the service’s desire to create a more innovative alternative in the form of a hybrid structure that mixes full and part-time Space Force guardians.

“Having a permeable way to move between full-time and part-time capacity inside the Space Force, we think is a tremendous benefit to the guardians and ultimately to the force to maintain that readiness,” Saltzman told SASC Chair JACK REED (D-R.I.).

ACCESS TO SERVICE RECORDS: Four senators introduced legislation Tuesday to make it easier for veterans to access their service records, which are typically needed for accessing care and benefits.

The bill, named the “Access for Veterans to Records Act,” requires the “Archivist of the United States to submit to Congress a comprehensive plan for reducing the backlog of requests for records from the National Personnel Records Center, and for other purposes.”

“The current backlog is unacceptable and impedes veterans’ ability to access the services they have earned. This bill would work to reform the National Personnel Records Center so our veterans can acquire their records in a timely manner,” Rounds said in a statement.

Rep. CAROLYN MALONEY (D-N.Y.) put the companion legislation forward in the House, which passed in July.

The U.S. provides $1.3 billion in military aid to Egypt every year, with $300 million contingent on Egypt not violating human rights. Murphy says Cairo hasn’t upheld those conditions and thus the Biden administration should withhold this year’s batch.

“If you’re going to be an ally of the United States, you shouldn’t be locking people up for political speech,” he said on the floor. “The United States needs not just to talk the talk when it comes to human rights abroad; we need to be able to walk the walk.”

A decision on whether to provide the $300 million to ABDEL FATTAH AL-SISI’s regime this year could come as soon as this week.

“Egypt has made no systemic progress on human rights over the past year; several very high profile political detainees are dying in prison as I write this. Sisi’s regime, which faces no serious foreign threats, does not need yet more US weapons,” AMY HAWTHORNE, research director for the Project on Middle East Democracy, wrote to NatSec Daily.

— ROBERT PALLADINO is now deputy executive secretary of the State Department. He most recently was U.S. consul general in Erbil, Iraq.

— PRAMIT PAL CHAUDHURI will be the new Delhi-based India practice head for Eurasia Group. He’s affiliated with many think tanks in India, including the Ananta Aspen Centre and the Council for Energy Environment and Water.

— DOUGLAS FARRAR is joining the Federal Trade Commission as the director of public affairs to work with Chair LINA KHAN on privacy issues, antitrust enforcement, economic competitiveness, and consumer protection. He most recently has been vice president of communications and strategy at the Carnegie Endowment for International Peace. 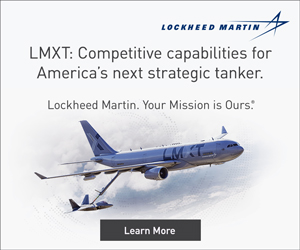 — The SETA Foundation at Washington D.C., 11 a.m.:“Turkiye’s Policy of Balance in the Ukraine War.”

— The Atlantic Council, 1 p.m.:“Truth and justice: A conversation with the families of flight PS752 victims”

Have a natsec-centric event coming up? Transitioning to a new defense-adjacent or foreign policy-focused gig? Shoot me an email at [email protected] to be featured in the next edition of the newsletter.

And thanks to my editor, Dave Brown, who is restraining himself from giving the U.S. military the coordinates of his enemies.