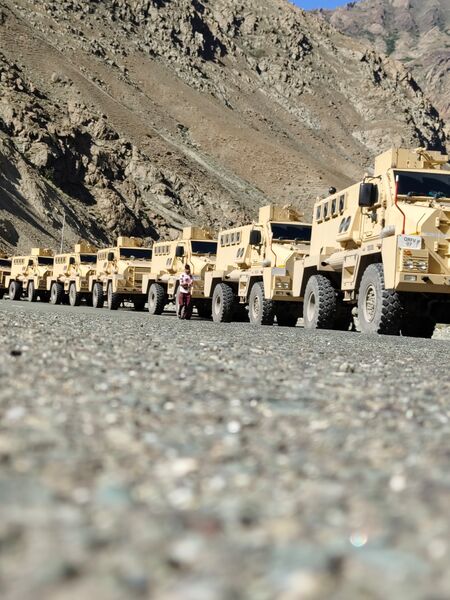 The Quick Reaction Fighting Vehicle-Medium has been designed to move infantry at high speed across various terrains, according to manufacturer Tata Advanced Systems Limited. (TASL)

The Indian Army has inducted the Quick Reaction Fighting Vehicle-Medium (QRFV), locally manufactured by Tata Advanced Systems Limited (TASL). This is one of the several recently inducted or indigenously developed vehicles to meet the Indian Army’s increasing requirements for enhanced mobility along the Line of Actual Control (LAC) in the Himalayas.

TASL told Janes on 13 September that it has completed a contract to supply an undisclosed number of QRFVs to the Indian Army. It added that the vehicles will boost the combat potential of the Indian Army in all-weather and all-terrain conditions and provide mobility protection.

Then Indian Army Chief MM Naravane inducted the first batch of QRFVs in April. A TASL spokesperson told Janes that the vehicle is a 4×4 armored personnel carrier (APC) designed to move infantry at high speed across terrains, gradients, and high altitudes along with ammunition, communication, and control-and-command equipment.

The spokesperson said that QRFV’s V-shaped hull offers underbelly protection against land mines, as well as provides ballistic protection on its sides.


Get the full article by subscribing to Janes