As the war in Ukraine enters its seventh month, people in Taiwan are starting to feel an urgency to be prepared for all eventualities amid escalating military pressure from Beijing.

In recent months, authorities and civil society organizations in Taiwan have initiated a series of reforms and island-wide trainings that are designed to enhance Taiwanese people’s combat readiness and their abilities to deal with any potential crises.

One of the organizations at the leading edge of this effort is Forward Alliance, an NGO aimed at improving Taiwan’s national resilience.

Since March, the NGO has been offering civil defense programs which train participants to administer first aid, treat trauma, conduct search and rescue operations, and locate shelters during emergency situations.

“We are training civilians in crisis response,” said Enoch Wu, founder of Forward Alliance. “It’s about how to keep communities running and the trainings help prepare citizens against man-made or natural crises.”

The training programs were originally scheduled to kick off in August, but the Ukraine war exacerbated a sense of urgency across Taiwan, so Forward Alliance decided to move its training to March as part of its responses to the increased demand from the Taiwanese people.

“We have modulized our training, so more people can attend. We have trained more than 1,000 people but that’s not enough. We know public resilience has to be a whole society’s effort and we need to nationalize these trainings,” he added. 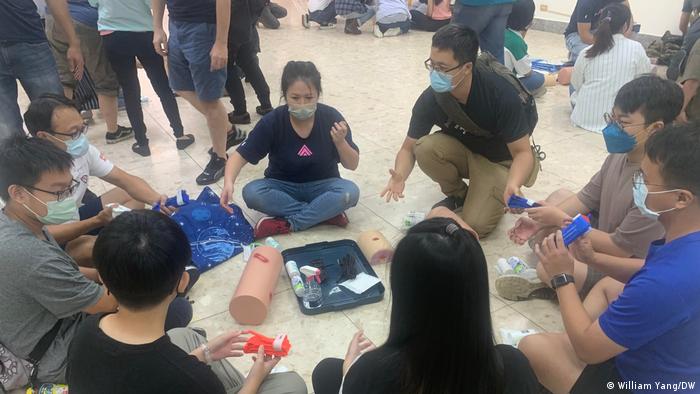 The civil defense training aims at getting society ready for emergencies

The alliance organized one training session in Taiwan’s second-largest city, Taichung, on August 27, for which dozens of people signed up.

“I decided to join the training because of the war in Ukraine,” said Cherri Lee, an education professional in her 40s.

“People in Taiwan have been enjoying peace for a long time, but I don’t think that’s an excuse for us to remain complacent about the rising threats posed by China.”

“Having a place to get information about first aid and knowing what to do when things happened and how to react when emergencies happen will help to inform people that Taiwan may not be as safe as they think,” she added.

Another participant told DW that it was important for ordinary citizens to realize that they could also become part of the first responder teams.

“I think it’s wonderful that we can get the chance to learn how to help other people whenever there is a crisis,” said Jenny Chen, a school counselor in her 50s.

“With the war in Ukraine, I think there is more awareness about how vulnerable Taiwan can be. We need to be vigilant no matter what.”

Many experts pointed out that civil defense training will have a positive impact on society’s emergency response — whether it’s to a natural disaster or a military conflict. 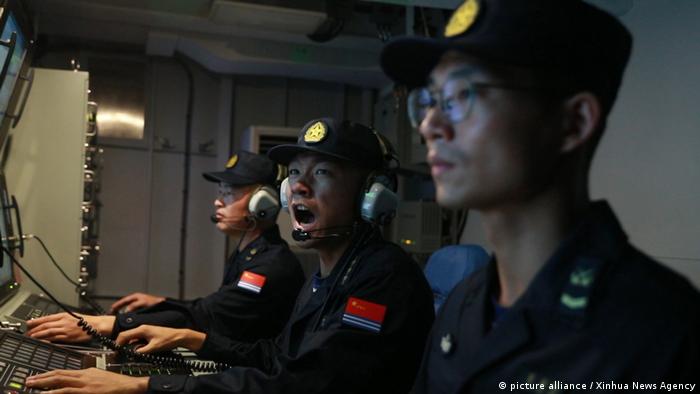 “These training sessions can give Taiwanese people a sense of urgency, and the first aid training is very practical and can be effective in both natural disasters and wars,” said Tzu-yun Su, an analyst at the Institute for National Defense and Security Research in Taiwan.

“It’ll be much easier for people who have gone through these training sessions to remain calm during emergencies, and they can also help to reassure people around them.

As people across Taiwan begin to understand the importance of these training, I’m sure the programs will be expanded in the future. This is a very good start,” he told DW.

Since US House Speaker Nancy Pelosi’s visit to Taiwan earlier this month, China has increased its military activities around Taiwan, including imposing a 7-day near-blockade scenario around Taiwan as well as repeatedly flying military aircraft and sending naval vessels over the median line of the Taiwan Strait.

Over the last few months, as the new training scheme rolled out on a trial basis, some reservists who took part in the training expresed doubts about its effectiveness  — as well as the overall mental preparedness of the trainees.

“While the content of the training is more solid than before, I still have doubts about how much of the experiences and skills that reservists acquire from these training can be applied to a real military conflict,” said one reservist surnamed Chen, who participated in a 7-day training in August.

“The guns we used for rifle shooting were manufactured in the 1980s, and while there were more than 300 reservists in my cohort, the number of guns that could actually be used was less than one-tenth of the number of reservists participating in the training,” Chen told DW.

“The active military personnel also didn’t enforce any rules during the training, so I still saw a lot of reservists treating the training as going on a holiday. I don’t think the war in Ukraine has necessarily increased the level of awareness about heightened military pressure from China among the reservists.”

Taiwanese military expert Su said the process of reforming the reservist training scheme is a gradual transformation, rather than a revolution.

“While a lot of progress can still be made regarding the reservist training scheme, one significant function of the current scheme is that it helps to cultivate the mentality of supporting the defense force within Taiwan’s civil society,” he told DW.

“Even though the content of the training can be more detailed, the current framework is very helpful for Taiwan’s national security and defense, as well as for cultivating the spirit of supporting the defense force within society,” he added.

Su suggested that Taiwanese authorities put more emphasis on live-fire drills during reservists’ training, as it is an important aspect of combat skills.

“Other parts of the training can be reduced, but I think authorities should shift most of the focus to improving reservists’ combat skills. The military should put more budget into this area,” he said.