In Germany, the sense of crisis is spreading. The obvious indicator of a partly unsettled nation: the empty shelves in supermarkets, hoarding and purchase limits on staples including pasta, flour and yeast. People are hoarding nonperishables again, as they did at the beginning of the pandemic coronavirus – but now, instead of toilet paper, sunflower oil is particularly in demand.

OVID, the industry association for oilseed processing in Germany, warns that “restrictions in the flow of goods from sunflower, flax and soy from the conflict region” are to be expected in the coming weeks and months. Russia and Ukraine are among the world’s largest exporters of sunflower oil; Germany covers 94% of its needs through imports. 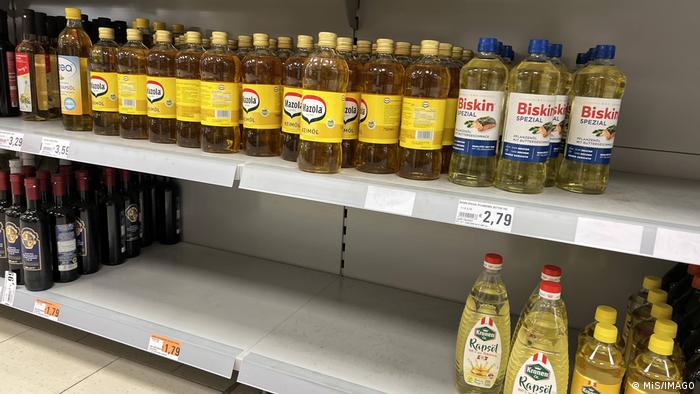 According to a current survey by the Forsa polling firm, 69% of the 1,000 respondents questioned on February 28, said they feared that NATO, and thus the Bundeswehr, Germany’s army, could be drawn into the war. According to the latest Deutschlandtrend poll, numerous respondents are convinced that the conflict will leave its mark on Germany. 64% expect the economic situation to deteriorate.

This war is being observed almost live on social networks and is geographically closer than any military conflict has been for a long time, which is stirring up more and more people emotionally across Germany.

A place to talk about fears

Some concerned Germans have been seeking help from a telephone counseling service. “The inquiries have become very intensive,” Christina Zajackowski, of the Cologne phone counseling service, told DW. One in five calls are related to the war; people are afraid it will spill over borders and arrive in Germany. People are afraid “that family members or friends could be killed, that their own home could be bombed as they see in media reports from Ukraine.” It’s good for callers “to talk about their fears or just to express their worst fantasies,” explains telephone counselor Zajackowski. 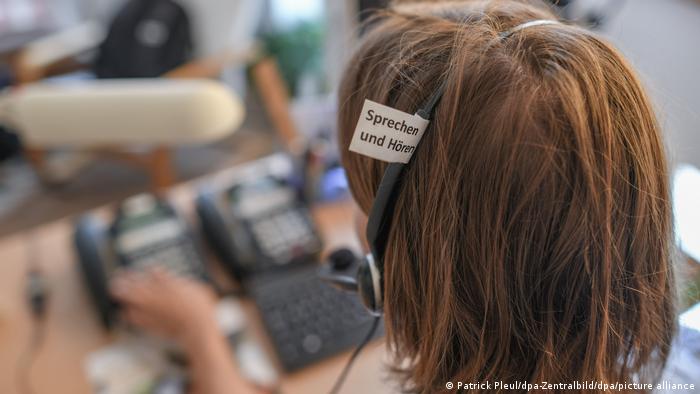 Younger people who grew up in a peaceful Europe are anxious about the future. But for members of the World War II generation, the images of the destruction in Ukraine are bringing up deep-seated fears.

This generation “suppressed memories of war during peacetime. Now it’s all popped up again,” Thomas de Vachroi, an official with the Evangelischer Kirchenkreis Neukölln, a Christian religious organization in Berlin, told DW. His organization runs Haus Britz, a facility where many senior citizens live. “They are terribly afraid that at some point the red line will be crossed, that NATO will intervene and then everything will go from bad to worse. I have to tell you honestly that I now see it that way too.”

The seniors are not worried for themselves, but for their children and grandchildren de Vachroi said. They say things like “I don’t think my grandchildren could cope with a situation like we went through after the war: Surviving the hunger, looking for food from the fields, having no clothes.”

Frank Ulrich Montgomery, the chairman of the World Medical Association, warns that people’s fears of war need to be taken seriously. “It’s important that their feelings are not downplayed,” he told the Funke media group.

Some Germans have been meticulously and materially preparing for crises and catastrophes for years. These “preppers” assume the worst, and that is more the case now than ever. Across the internet, they show off their survival backpacks, iodine tablets to hopefully protect against radioactivity in nuclear accidents, and emergency power generators; they offer “prepping tips for beginners.”

Users on YouTube share videos about alleged prophylactics against radiation sickness, how to handle power failures and various other crisis-management strategies.

And fear is also good business: The security industry is booming. The Berlin-based BSSD personal security firm, notes a marked increase in interest. “Until now, the daily number of hits on our website was between 100 and 300. With the beginning of the war, they skyrocketed to over 10,000,” BSSD communications manager Mark Schmiechen told DW. The inquiries ranged from small steel rooms known inside the industry as “pop-up panic rooms” to basements or garages converted into bomb shelters, to atomic bomb-proof bunkers. 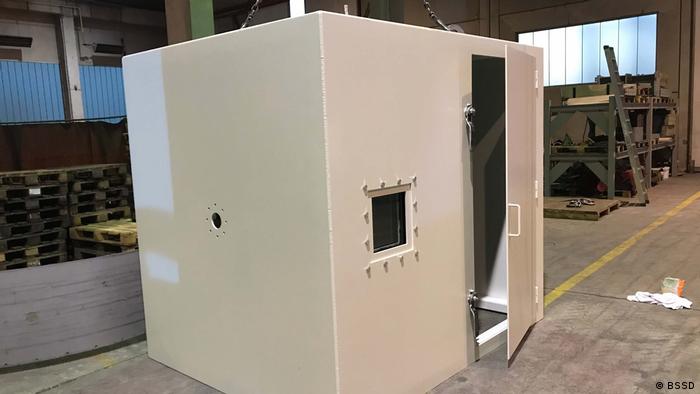 Since the beginning of Russia’s invasion of Ukraine, “pop-up panic rooms” have been in demand in Germany

The security company ran a six-phone hotline for two weeks, from 8 am to 10 pm “We had 10 calls per hour per telephone,” reports Schmiechen. Many callers also wanted to know what to do in an emergency. “For example, we had a young lady who said, ‘I don’t even know who to contact. I called the police and I called the authorities – they couldn’t give me any tips. Are they the right ones? [to call] now? ” “

Many Germans fear a nightmare scenario of a possible collapse of the energy and water supply following a cyberattack by Kremlin-directed hackers on critical infrastructure. German Interior Minister Nancy Faeser has appealed for the threat to be taken seriously, and the Federal Office for Information Security (BSI) is also unusually alarmed about such a possibility.

The actions of Russian military and / or intelligence forces were “connected with a considerable risk of a successful IT attack,” the BSI noted in connection with a warning about virus-protection software from the Russian manufacturer Kaspersky.

The Interior Ministry’s Federal Office for Civil Protection and Disaster Assistance has told DW that power failures caused by hackers are “possible in principle.” Two years ago, the authority was ridiculed because it encouraged the population to stockpile food and household goods as an emergency reserve to last 10 days. Now the civil protection agency is being overwhelmed by inquiries and has created a special section on the war on its homepage.

This article was translated from German.