While many Georgians feel a personal connection to the war in Ukraine, a number are putting their lives on the line for it, traveling to Ukraine to fight in its defense against the Russian invasion.

At least nine Georgians have died fighting in Ukraine since the beginning of the war, which is likely the largest death toll among any foreign contingent fighting on the Ukrainian side. The Georgian volunteers include former Georgian soldiers, poets, bloggers, and two former defense ministers.

Sniper and reserve officer Darejan Maisuradze said she went to Ukraine to take up arms even before Ukrainian President Volodymyr Zelenskiy appealed to international volunteers to come to Ukraine’s defense. “The moment I heard that Kyiv was getting bombed, I went to sign up and I’ve been here since,” she said in a March 8 interview with Formula TV.

For many of the Georgian fighters, the war in Ukraine amounts to a continuation of their ongoing struggle with Russia, against which they fought a war in 2008 and which continues to militarily back two breakaway Georgian regions, Abkhazia and South Ossetia.

“My father believed that this was not just Ukraine’s war, but rather that it was also Georgia’s war and the whole world’s war,” said the son of one Georgian, Zaza Bitsadze, who died April 16 in the eastern town of Rubizhne.

“Georgian fighters can be found on all Ukrainian fronts,” journalist and volunteer fighter Alexey Bobrovnikov told Current Time TV. He said that Georgians are scattered across various brigades and regiments, fighting both in Ukraine’s regular armed forces as well as international volunteer battalions. Some serve in the International Legion of Territorial Defense of Ukraine, an ad hoc battalion created specifically for foreign volunteers. 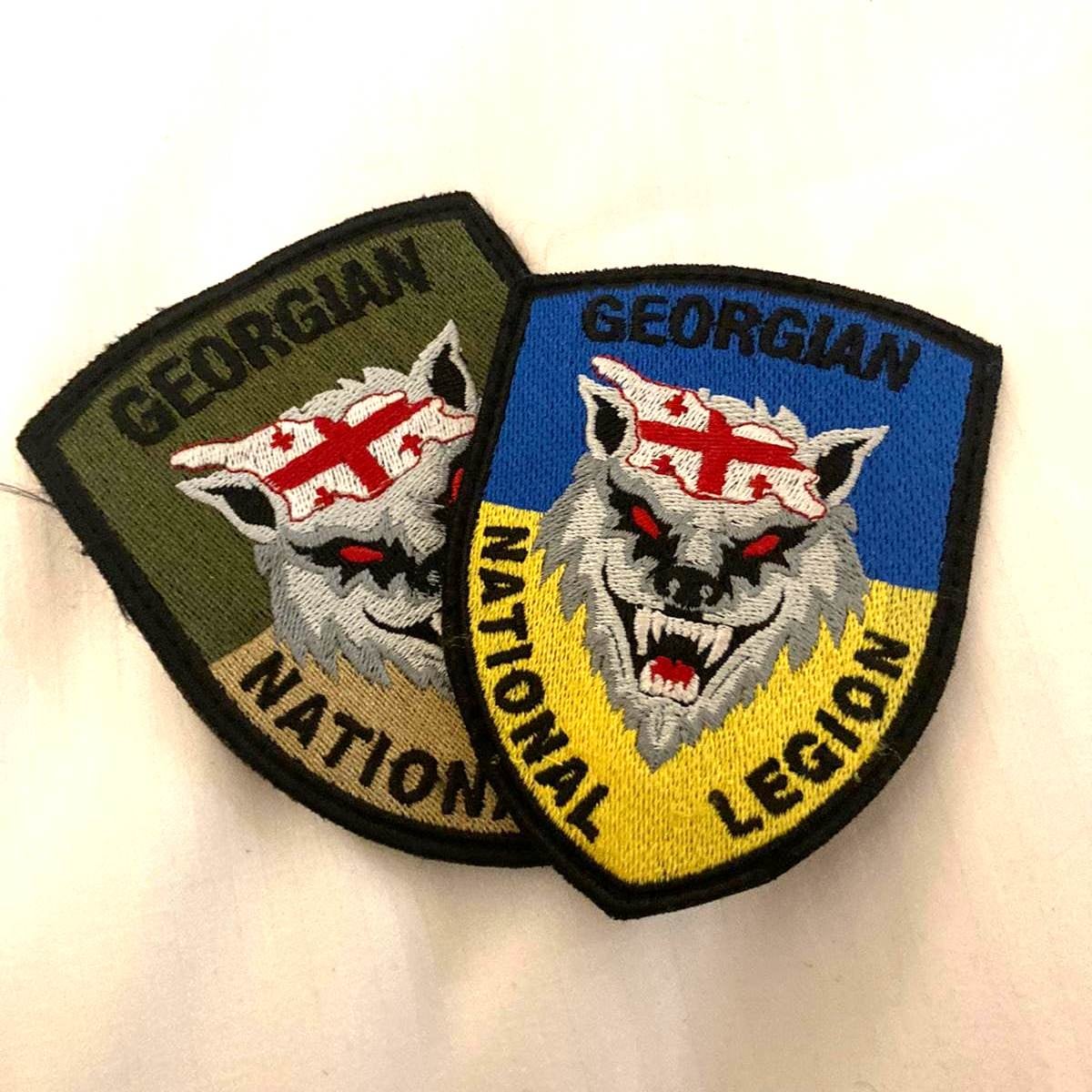 There is even a Georgian National Legion, a paramilitary unit that serves as a vehicle for seasoned soldiers from Georgia, as well as from the United States and Europe, who want to aid in Ukraine’s defense.

The founder of the legion, Georgian veteran Mamuka Mamulashvili, told VOA that his group includes Georgians and Americans with combat experience from US-led missions in Iraq and Afghanistan. On May 4, he posted on his Facebook page a photo of what he described as an American fighter in the legion recovering from an injury in a hospital. “Our hero American soldiers,” the caption reads.

Despite the mounting death toll, the role of Georgian volunteers in Ukraine is widely admired back at home, their sacrifice seen by many as a compensation for the government’s cautious position on Ukraine.

Apparently fearing Moscow’s ire, the Georgian government initially attempted to prevent volunteer fighters from traveling to Ukraine. While large crowds gather at Tbilisi’s airport when bodies of dead volunteers arrive back in Georgia and their funerals become major public events, senior officials have kept their distance.

“I did everything I could, from bringing back their remains to arranging military funeral honors, everything else is just a speculation,” Prime Minister Irakli Garibashvili said by way of responding to criticism for not showing up at these funerals.

Many Georgians also believe that they need to return the favor to Ukrainians, some of whom fought on the side of Georgians in the war in Abkhazia in the early 1990s. “We owe a debt to Ukrainians and we Georgians always pay our debts,” said sniper Maisuradze.

“Ukraine was the only country that helped us then and many Ukrainian volunteers came to fight for Georgia’s sovereignty,” Mamulashvili said in one interview. As a teenager, he fought in Abkhazia and later formed an organization of former prisoners of war in Georgia.

Since Russia invaded Ukraine in February, Georgian television has been re-airing archival footage from the war in Abkhazia. One clip features Mamulashvili’s story of fighting and being taken hostage in Abkhazia at the age of 14, eventually being swapped for the son of an Abkhazian official.

“Moscow is our common enemy,” says one young Ukrainian fighter in a 1990s documentary on the Abkhazia war, in comments that turned out to be prophetic: “Today they are here, tomorrow they will be in Ukraine.”

Mamulashvili later volunteered to fight on the Chechen side in the Russian-Chechen war of 1994-1996, and then fought in the 2008 war.

When Ukraine saw its own separatist conflicts in 2014, Mamulashvili, who in the meantime had become the president of Georgia’s mixed martial arts federation, moved to Ukraine with several Georgian ex-military in tow to form the Georgian National Legion.

The ranks of the legion began to swell following Russia’s new invasion, as it became a destination for not only Georgian veterans but for other foreign volunteers with relatively high levels of skill and experience.

The legion has also been the source of controversy. Mamulashvili on one occasion said he was not going to take Russians as prisoners, which appeared to be a threat to execute them. He later clarified that he meant that the legion would not keep any captives itself and would hand them over to the Ukrainian forces.

One video from early April documented a group of soldiers from the Ukrainian side executing a badly wounded Russian soldier. The video shows a Georgian among the Ukrainians, which led to some suggestions that the unit involved could have been from the Georgian Legion. Mamulashvili told Georgian and international media that he did not know the fighters, including the Georgian man, in the video.

Still, Russia’s The Federal Investigative Committee has launched a criminal case against Mamulashvili, accusing him of violating Russian laws banning the creation of informal military formations and inciting ethnic hatred. The committee claimed it has identified 24 alleged members of the legion and published a list of them. “Mamulashvili made public statements on his intention to torture and kill Russian servicemen,” the committee said in a statement.

Ukraine’s President Zelenskiy, meanwhile, has handed out awards to several Georgian fighters, including a married couple, Gela Beglarishvili and Rusudan Ivanishvili. And the Ukrainian embassy in Tbilisi has thanked Georgian fighters for their service and sacrifice. “We are extremely grateful for you standing with us and are helping us to protect our nation,” Ukrainian Chargé d’Affaires Andrii Kasianov said following the deaths of two Georgian soldiers.