UCLA International Institute, April 18, 2022 – Klaus Gomez-Stimeder (UCLA 2021) worked as a professional journalist and publisher for 20 years before he came to UCLA, where he completed a BA in international development studies and a minor in migration studies.

“Doing a minor in international migration studies definitely changed my thinking about migration issues and how I cover them as a journalist. To this day, I consider signing up for the minor as the best decision I made at UCLA, ”he said.

After graduating from UCLA, Gomez-Stimeder moved to the UK to pursue a master’s degree in migration studies at Oxford University. He is currently completing his coursework for the program and planning to build on his undergraduate research at UCLA to write a thesis on undocumented migration to French Guiana, Mayotte and the Canary Islands.

This article distills an email interview conducted with Gomez-Stimeder prior to the sinking of the Russian cruiser “Moskva” and has been edited for length.

You chose to accept Wiener Zeitung’s offer to cover the Ukraine war from Odessa. How did the offer come about and why did you take it? What was it like to walk across the border from Poland?

Before I went to the UK, I worked for Wiener Zeitung as its US correspondent for over a decade and when the opportunity to go to Odessa came up, I took it without much hesitation.

Having reported from Kosovo, Afghanistan and Iraq in the late 1990s and early 2000s, I am one of the few reporters in Austria who has experience covering war zones, and I did not want to miss the opportunity to cover the biggest war in Europe since World War II.

Walking across the Polish-Ukrainian border on foot proved to be rather arduous, but I wanted to get a glimpse into what the people are going through who cross it from the opposite direction. 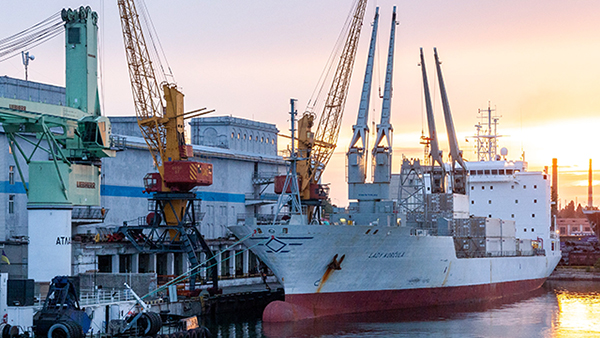 In your view, what is at stake in the war? What do people in the West not understand or are currently failing to perceive about the war?

Most Ukrainians think of the war as a fight for survival, while many Western countries just want it to end at all costs. The West is terrified of the Kremlin using nuclear weapons, and to a certain extent, rightly so – but only to a certain extent. Therefore, the question is: What risks are the EU and the US willing to take to rein Russia in?

In my personal view, I think the Ukrainians have a much more realistic take on what Putin’s Russia is and what it wants, just like Poland and the Baltic states do. Hence, a long, drawn-out war of attrition can only be avoided if the Ukrainians get all the help they are asking for.

Can you describe Odessa: its people, its architecture, and how people are living their daily lives right now? How do they feel the war has affected life in their city since it began in 2004?

Some clichés exist for a reason, and that of Odessa as the “Pearl of the Black Sea” definitely has something to it. The old city with its eclectic architecture is strikingly beautiful. Walking it, one can sometimes find Italian, French, Austro-Hungarian and Russian influences on the same block and styles ranging from art nouveau, renaissance and classicist to brutalist.

People claim [that Odesa] has always been different due to its tradition as a port city and a cultural hub: more tolerant, more cosmopolitan, etc. While that is only true to a certain extent – up until the 1950s, some of the most brutal pogroms in East European history happened here – by and large, it is a legitimate claim.

Odessa suffers from the same issues Ukraine has been suffering from long before the war started: rampant corruption, vast income inequalities, skyrocketing rates of AIDS infections, an education and health care system under permanent strain, etc.

The people who have not left yet – according to semi-official tallies, Odessa has lost up to 500,000 people in the last six weeks, half its population – are coping as best as they can. Most do not even care about the constant air-raid alerts anymore.

Probably the most striking development since 2014 is that Odessa, which has always been perceived as a place with a pronounced pro-Russian tilt, has now somewhat become a bastion of Ukrainian nationalism.

This has been a surprise to many people, including many who have always lived here. The memories of May 2, 2014, when 46 people lost their lives here in local clashes between pro- and anti-Maidan factions are still fresh. An independent investigation later revealed that this tragedy resulted from the actions of paid Russian provocateurs, and even the locals who had traditionally been Moscow-friendly had to acknowledge that fact. 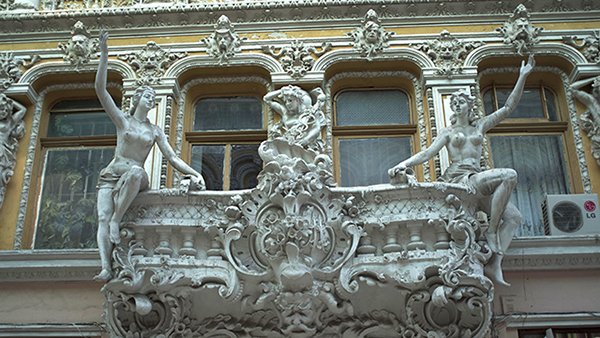 What has been the reaction of city residents to Russia’s conduct of the war since its invasion in February? Are residents expecting a major attack by Russian forces?

The reaction of Odessa residents is essentially the same today as it was when I came here a month ago: a combination of utter disbelief and anger. They are scared that what happened in Bucha, Irpin or Mariupol will happen to them if the Russians come to the city. Accordingly, most Odesites’ opinion of Russia, and Putin in particular, has hit rock bottom, and it’s not likely to change for generations to come.

Currently, Odessa residents are not expecting a major attack by Russian forces. Things have remained relatively calm except for the occasional missile attack from the Black Sea Fleet. This is primarily thanks to the strong showing of the Ukrainian army at Mykolaiv, which is roughly 70 miles up the coast, and Russia not having activated its troops in Transnistria yet. Tiraspol, the capital of this Russian-occupied territory of Moldova, lies only 60 miles west of Odessa.

Still, the preparations that have been made since the war started are geared towards not giving the Russians an inch if they try to take the city. The old town has been turned into a virtual fortress.

With every day the war drags on, the fear of the “enemy within” is becoming more palpable, and I am afraid it has not reached [a] fever pitch yet. If one is walking the city’s streets just before curfew, it’s not unusual today to run into vigilantes – usually drunk young men, some of them soldiers on leave – who accuse anyone they deem ‘strange’ or ‘foreign’ to be a Russian spy or a Chechen terrorist. 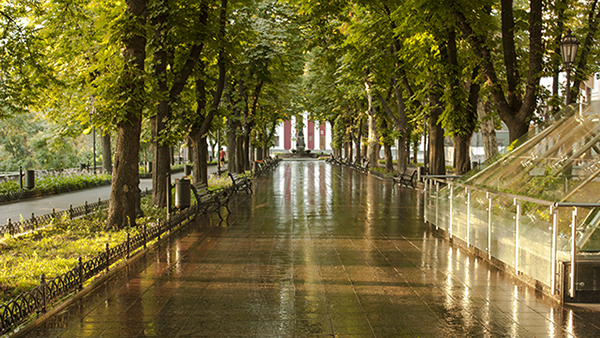 How do you view the difference in the way Ukraine’s immediate neighbors and the EU have received the close to five million Ukrainians who have fled the war and how they received Syrian, Afghan, and other migrants who fled the Middle East in 2015?

Last but not least, European countries are still struggling to acknowledge that racism – structural, institutional and systemic – is and has always been a hallmark of their societies. It’s a harsh truth most white Europeans are in denial of, but the facts on the ground speak for themselves. What happened in the first days of the war perfectly illustrates this.

People of color wanting to flee Ukraine – mainly exchange students from South Asia, Africa and the Middle East – were separated from whites at the border. Contrary to popular perception, it was not the Polish, Moldovan and Romanian border guards, but the Ukrainians, who separated them.

What are your own plans for the future? 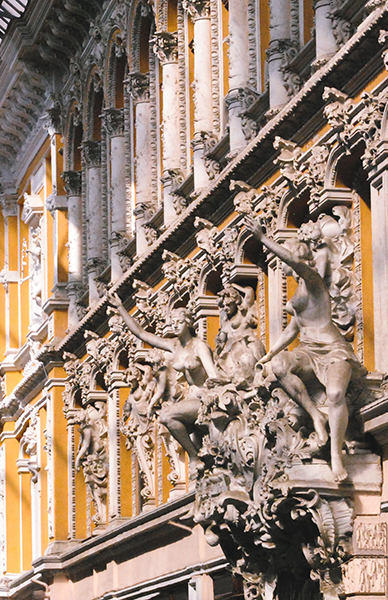 I was contemplating leaving journalism altogether for a long time before I came here. Now I am not so sure anymore, as some of the work one does, even if on a small scale, has proven to make an actual impact. Still, I think when I wrap up here, it will mark the end of my career as a reporter.

My time at Pasadena City College and at UCLA made me think differently about what I want to do for the rest of my life. Still, no matter what I’ll do in the future, I will forever be grateful to the people who make UCLA the great institution it is (a special shout-out to Angela Deaver-Campbell and Rebecca Blustein from the Scholarship Center, which just had its 25th anniversary).

Having enjoyed the privilege of becoming a Bruin as a non-traditional student put many things in perspective for me, let alone providing me with the kind of superior education one can only get at America’s top public university.


You can read current articles by Gomez-Stimeder (in German) here. You can also follow him on Twitter (in English) here: @KlausStimeder.