New Delhi [India]September 12 (ANI): Indian Army Chief General Manoj Pande on Monday highlighted the importance of logistics in conflicts citing the Russia-Ukraine war as an example.
Referring to the Russia-Ukraine war at the Army Logistics Conference, he said, “While the war shows little signs of ebbing, there are important lessons for those concerned with national security. One such lesson that has emerged clearly is that pace, intensity and reach of military operations ride on strength, agility and capacity of logistic support.”
Army logistics, also known as military logistics, refers to the process of planning and confirming that the movement and maintenance of the armed forces are in due accordance with previous plans and procedures. It deals with procurement, maintenance, distribution and replacement of personnel and material.
“Wars aren’t fought between militaries alone; they remain a whole nation endeavour. Wars test national resilience and stretch the nation’s resources and capacities. The ongoing conflict between Russia and Ukraine, which has already passed the half-yr mark is an apt example ,” said the Army Chief.
It is a fact that logistics is as vital to military success as daily food is to daily work. Moreover, there are many examples which prove that battles, campaigns, and even wars have been won or lost primarily because of logistics, he said.
“Whilst military infrastructure will continue to meet the immediate and specific demands of armed forces, it is the civil-military fusion with the support of Indian industry that shall provide the bulwark for execution & sustenance of future operations,” said Pande.
The Army Chief also said that the quick steps taken by the US, the UK, Russia and, most recently, China in implementing efficient joint military-civilian structures underline the urgency of the issue.
The war between Russia and Ukraine entered a new phase after Kyiv dealt a big blow to Moscow’s grip on parts of the east with a fast-moving offensive that saw Ukrainian troops enter the strategic city of Izium after six months of occupation.
The reason for it can be attributed to logistical support. “Weapons, weapons, weapons have been on our agenda since spring. I am grateful to partners who have answered our call: Ukraine’s battlefield successes are our shared ones. Three agenda items now are schedule, schedule, and schedule. Prompt supplies bring victory and peace closer,” tweeted Dmytro Kuleba, Minister of Foreign Affairs of Ukraine.
Defense Minister Rajnath Singh also underlined the vital importance of logistics at the Army Logistics Conference. 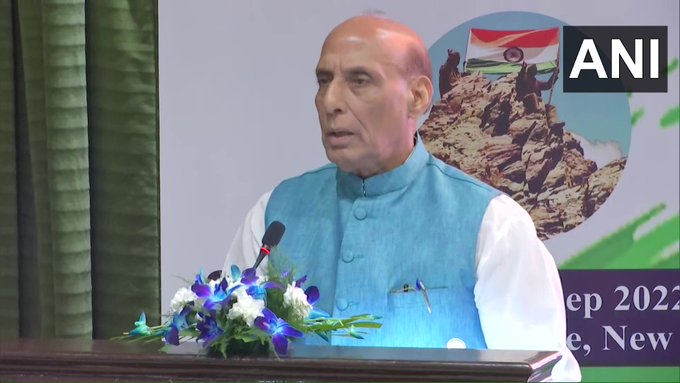 “Logistics is a significant component of the domestic and international economy. Today India is the 5th largest economy in the world and we are moving towards a 5 trillion economy. Logistics review and reforms needed today as per 21st century,” said Singh.
He also stressed the Jointness between the three services.
“The role of logistics in the defense sector is also very important. Jointness between the three services is a major dimension in the policy changes that have taken place in the Defense Ministry in the last three years,” said the Defense Minister. (ANI)