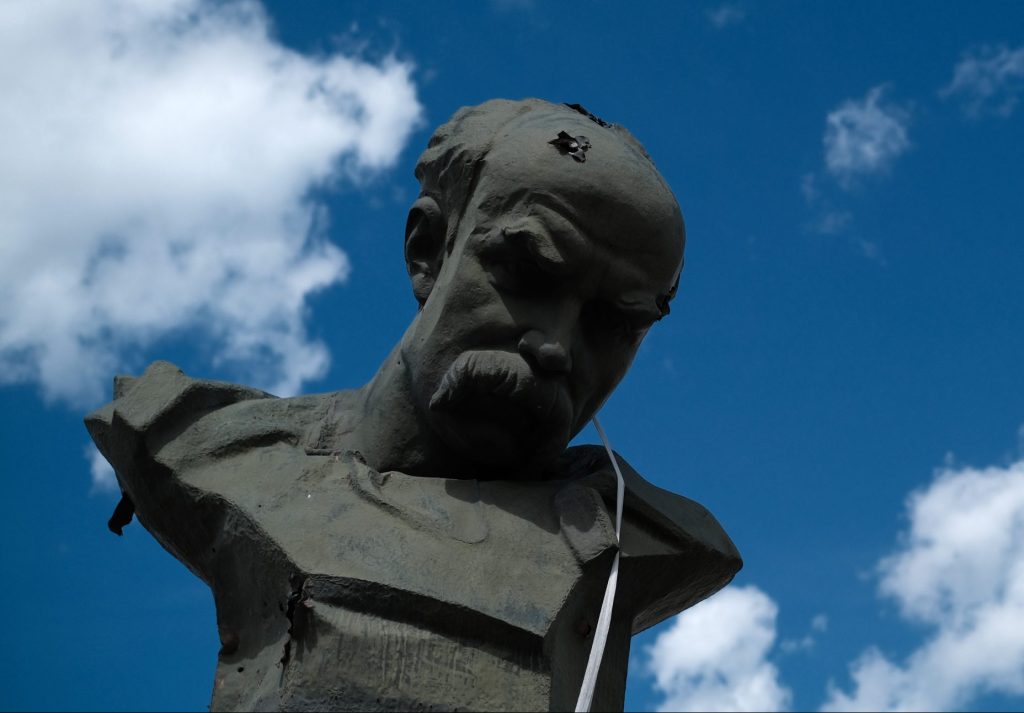 In the same way that an individual can have mental health conditions, a society can be impacted by emotional and psychological stressors that shape it.

Some Ukrainian psychological practitioners and social scientists have previously endorsed the idea that Ukraine suffers from chronic Post-Traumatic Stress (PTS) which has historically accumulated through events such as the country’s experience under Russian imperialism, the Holodomor, World War II, and systemic suppression. of national and human rights during the Soviet era.

It follows that Ukraine’s national PTS has been severely exacerbated by the events of the past eight years. This includes the killing of protesters during the Euromaidan Revolution, the annexation of Crimea, the war in the Donbas and, of course, the Russian Federation’s full-scale invasion since February 2022. This societal trauma is in addition to the acute PTS directly acquired through personal exposure to the war by more than half a million Ukrainian soldiers, thousands of social services personnel, and countless Ukrainian citizens.

While it may seem counterintuitive, Ukraine’s PTS could actually play a role in the country’s defense and future post-war recovery. This is because PTS tends to “play out” in different ways.

Critically, PTS isn’t static. Those who suffer from PTS often adapt to or compensate for their condition in variable situations. Let’s scale up from the individual level to the national level in how PTS “plays out”, particularly through cognition symptoms (how we think) and arousal symptoms (how we behave and react).

In terms of cognition, a key PTS symptom can be persistent feelings of fear, anger, shame or guilt. Here, a subject can either undercompensate or overcompensate for their feelings. On the one hand, that can mean avoidance and self-destructive behaviors. In the context of Ukraine’s troubled past, few are surprised by the country’s relatively high levels of alcoholism and suicide.

On the other hand, managing PTS can mean a higher level of active decision-making or choosing to face fear and fight rather than freezing or fleeing. Beyond the powerful drivers of patriotism and democratic values, this reflex sheds light on the very high levels of Ukrainian resilience and self-mobilization on display during the latest bout of Russian imperial aggression.

Ukrainians know fear. They also know how to overcome it. This includes sticking together in adversity. Indeed, some behavioral researchers believe that, for many with PTS, there may be a “safety system” based on the brain circuits and chemistry responsible for social affiliation.

This bodes well not only for the current period of open warfare but for the future recovery phase, which can itself be a source of fear and anxiety. The rebuilding of Ukraine will not only be a political, economic and social imperative, but also potentially a restorative psychological process. Collective and participatory healing will be a rudder on the stormy seas that lie ahead for the Ukrainian nation.

A key symptom for many who experience PTS is hyper-vigilance. Subjects don’t want to be re-traumatized. They are constantly evaluating and scanning their physical, spiritual, social or emotional surroundings for risks. When unrecognized, untreated or unmanaged, this can lead to psychological paralysis, defensiveness, anger, and high levels of isolation, all of which were arguably evident in some of Ukraine’s fragmented pre-war politics.

On the flip side, in a crisis it can also be a near-supersonic survival skill at the individual, organizational and national levels. The default mode for many Ukrainians is to identify, assess and mitigate risk. This is partly conditioned by the disproportionate number of high-risk situations their country has endured.

Western analysts often comment on the impressive operational autonomy and proactivity that Ukraine’s military and even individual Ukrainian soldiers demonstrate on the battlefield. Think of the sapper whose initiative led to the destruction of a battalion’s worth of Russian tanks on the Donets River. Bravery aside, Ukraine’s historical experience may also be a contributing factor. Many Ukrainians are emotionally hardwired to deal with danger. It is one of the perverse gifts of their inherited trauma.

There is likely to be a great deal of societal change in post-war Ukraine. In some ways, Ukrainians will have greater capability than most societies to thrive in such challenging circumstances. This is because of the globally-admired resilience that is at the heart of the world’s current love affair with Ukraine. This resilience is at least partially based on past experience, both personal and inherited. After all, our greatest therapists are our experiences.

The psychological strength of Ukrainian society is likely to grow further during the post-war period. There is an extensive body of research and practice indicating that a sense of increased safety is a prerequisite to PTS management. Every day without bombs is a day not only without death and injury, but also a day of safety and space for personal and national restoration at the emotional level. Over time, this process gathers meaningful momentum.

For years, Ukrainians have joked that their country is so wonderful because God knew they were going to have to live with the worst neighbor on the planet. The horrors of the current war underline the deeply damaging impact of Russia’s destructive relationship towards Ukraine. At the same time, centuries of traumatic experience have shaped today’s Ukraine in ways that may actually contribute to Russia’s defeat and allow Ukrainians to build a better future.

Pete Shmigel is an Australian writer with a background in politics, mental health, and Ukrainian issues.

Image: A damaged bust of Taras Shevchenko is seen in Borodianka, Kyiv Oblast on May 13, 2022. (Hiroto Sekiguchi / The Yomiuri Shimbun via Reuters Connect)