As the fighting raged in Ukraine, she spoke with her students at the Minson Conflict and Collaboration Lab at the Kennedy School about how their research might be applied in the current crisis, given that the Russians were blocking outside websites and social media. Minson studies ways to communicate across divides so people who disagree can engage with each other’s ideas and not reject them out of hand. She calls this “conversational receptivity.”

“I was talking to my students about this idea of ​​how we can insert ourselves into this process of training people to have these conversations in a more effective way,” Minson recalled, “because that’s exactly the research that we do in my lab. We try to understand how you can talk to people who dramatically disagree with your view of the world in a way that doesn’t blow up into a screaming match — and actually leads to persuasion and ongoing dialogue. ”

That’s when a post-doc sent her an article about how Fabian, who runs a computer networking firm, had built an ingenious project with a few colleagues to get emails into Russians’ inboxes with messages that decried the invasion and offered links to information sources about the death and destruction in Ukraine.

Minson found Fabian’s website, mail2ru.org, and loved the concept but worried that the messages could be much more effective if they reflected the lessons of her research on receptiveness to opposing views. She contacted him via Twitter, proposing alternative language, and he jumped at her offer to help. She and her student team began recasting the messages contained in the Russia-bound emails to make them read as suggestions rather than strident accusations. Fabian’s team quickly accepted her approach — and pasted her new language into the outgoing emails. 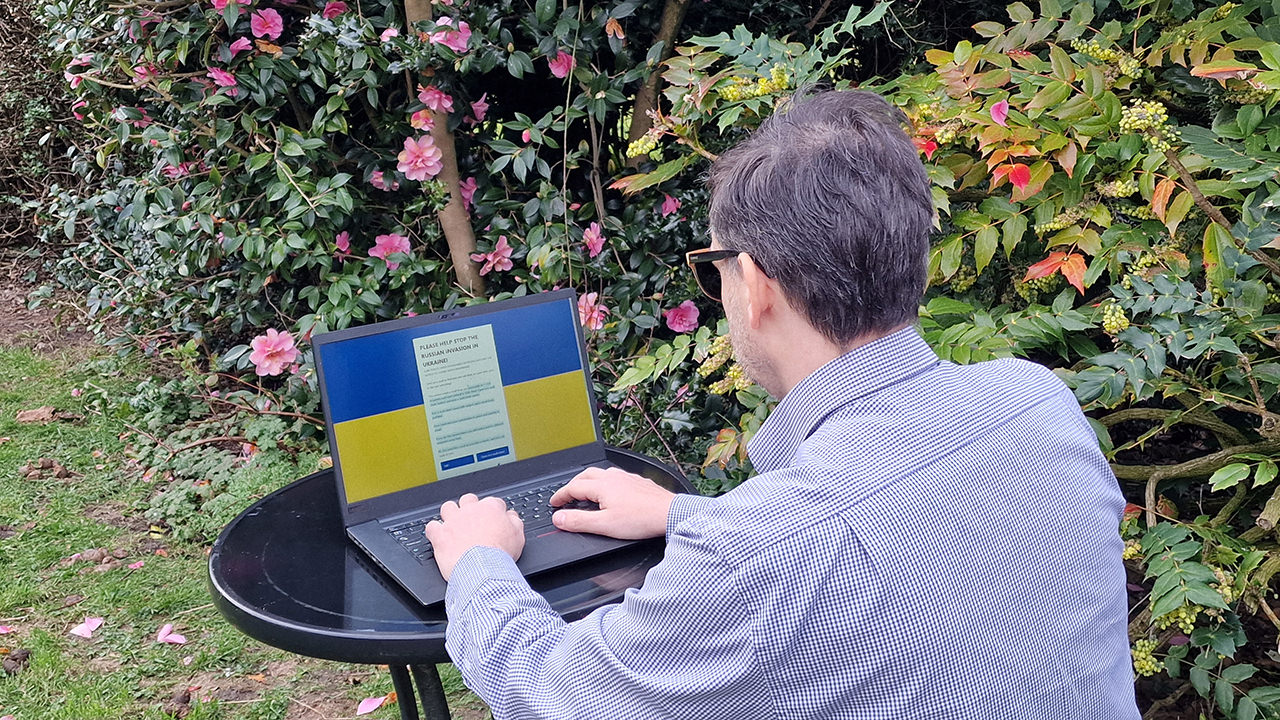 “We are tech nerds,” Fabian said by telephone from Norway, “and our first messages, you can see, were based on less skillful writing, but from the heart. It’s very easy to get into shame-blame. … When Julia got on board, it was amazing. She is a goddess with words. The message is so much shorter and crisper. ”

“It’s like the focus on a camera. You can take a picture, but if it’s out of focus it’s unusable. It’s been amazing to have that sharpness, that touch. It’s been a revelation for us. ”

Fabian’s site does not track responses so as not to leave people who do respond vulnerable to Russian monitors. He said volunteers have joined in to send emails each day from nearly every time zone around the world. This isn’t spamming: the senders must use their own accounts and can send to no more than 150 Russian addresses so these remain relatively personal appeals, not bulk mail.

He noted that the revised messages avoid judging anyone: “We’re just trying to get people to be engaged in what’s going on and build their own view about it. That’s all we want. We just want people to think clearly and be able to access information to make up their mind. ”

The revised messages shaped by Minson’s team are half the length of the original. They are more direct and focus on just a couple of points — the humanitarian and economic costs of the war — and they don’t assign blame. They briefly explain how to get around the censors and get reliable information.