GAZETTE: What are some of the fears and concerns expressed by the refugees?

HUANG: We’re seeing countless mothers bringing their children across the Poland / Ukraine border, by foot, bus, or train depending on the location. One immediate problem refugees face is that Ukrainian money has become virtually worthless outside of Ukraine, so people are severely limited in their personal resources to find both near- and long-term safe haven.

There are enormous practical considerations displaced people must navigate, from things as immediate as finding water, food, and shelter to obtaining information. Fortunately, at present, there is an outpouring of compassion in many parts of Poland where resources are being directed to help Ukrainians, such as basic relief supplies from NGOs, temporary shelter in state-run reception centers, free SIM cards being offered by cell operators , and free train and bus tickets offered by the Polish government.

GAZETTE: With so many stories to capture, is there any one moment you experienced that particularly resonates with you?

HUANG: Sadly, there are so many horrible situations people are facing it’s hard to narrow it down. At the Medyka border crossing, which is in southeastern Poland, we spent meaningful time with a young mother traveling with her 2-year-old son. After walking across the border, she was able to find a temporary space at a makeshift women and children safe area inside a tent organized by Sauveteurs Sans Frontiers (Rescuers Without Borders). It is clear that many refugees suffer from PTSD, as we all would if faced with a similar situation. Because of the horrors of what she must have experienced, she became terrified whenever she heard police sirens or other loud noises. And she had to take care of not only herself but her toddler as well. She kept asking if she was safe there and was visibly shaking. Fortunately, she was able to get the medication that she needed, and her son was able to rest. The tent could only handle being a temporary respite so she was able to spend the night with her son there, but after that her journey was far from over and she would have to continue onward.

“Wherever we may be, we work hard to show people with their inherent beauty, courage, dignity, and grace.”

As photographers, we try to be respectful of people’s right to privacy. On the one hand, it’s so important that the world can see what’s happening in humanitarian crises so that change can be spurred. On the other hand, we believe people deserve to be treated with dignity and respect. At the border, there was a mother with two children – a teenager and a toddler – who was clearly upset, with a pained, tearful look on her face, as she stepped through the gate into Poland. Through our interpreter, the mother, Lyudmilla, she said that her home and neighborhood in Chernihiv (about 35 miles to the east) was bombed and destroyed, with her family inside. Her 17-year-old son, Slava, pulled her and her infant out of the rubble. Her parents built the house. Her husband stayed in Ukraine to fight. Tears flowed down her face as she said, “Bombs started detonating. Everything started exploding, destroying itself. I was afraid. It was terrifying… They were dropping bombs on our children, such tiny children… ”

GAZETTE: What do you hope to convey through your work? Is there a message you want others to understand when they see these images?

HUANG: Wherever we may be, we work hard to show people with their inherent beauty, courage, dignity, and grace. We’ve been a documentary photography team for about the last 20 years, with a focus on women’s and children’s issues and the alleviation of poverty around the world. We’ve documented shanty towns, favelas, invasion neighborhoods, and squatters, and similar situations where people are plagued by extreme indigence. According to the United Nations, more than 84 million people have been forced to flee their homes as of November 2021 (this number was only around 40 million in 2010). This does not include the displaced people from their homes in Ukraine.

It is easy to get lost in numbers, but remember these are men, women, and children, each with their own unique situation but together seeking the same thing – safety for themselves and their loved ones. We want people to understand that there are many faces to refugees, and anyone can become one depending on the circumstances, which could be due to war, conflict, famine, and even climate. Everyone is deserving of living in a healthy and safe environment. 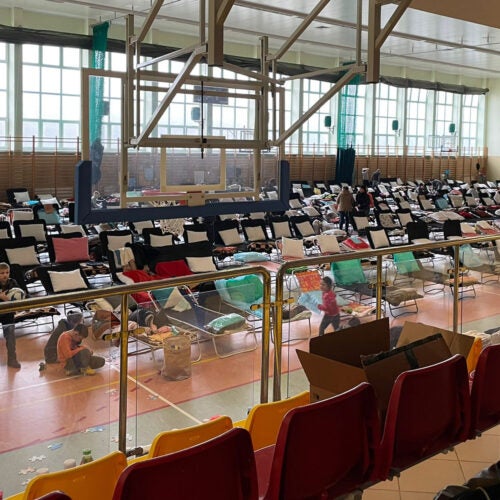 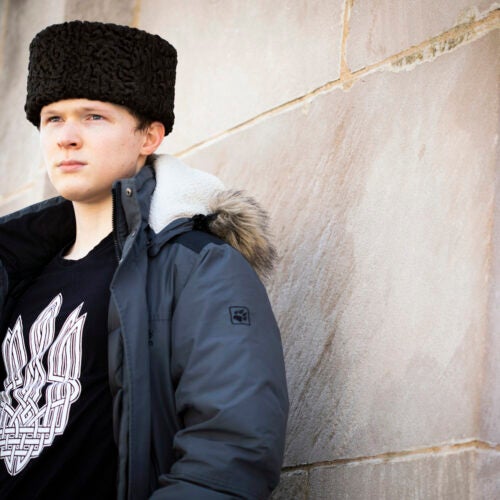 Sign up for daily emails to get the latest Harvard news.