The threat of nuclear calamity has hung for months over Russia’s half-year war in Ukraine.

Those fears were renewed in the last two weeks after shelling intensified around the massive Zaporizhzhia nuclear power plant, Europe’s largest, which has been under Russian control since March.

Attacks at the complex, which have ramped up as fighting flares in Ukraine’s south, have sparked concerns about the specter of nuclear disaster, leading the United Nations’ watchdog and world leaders to demand that a mission be allowed to visit the site and assess the damage .

There’s been a barrage of accusations made by each side about security and military action at and around the plant. The lack of independent access to the plant makes it impossible to verify what is happening there. Over the past month, a number of rockets and shells have landed on the territory of the plant, according to satellite imagery analyzed by CNN.

So just how real is the risk that the fighting poses?

Nuclear experts are keen to defuse some of the more alarmist warnings, explaining that the main threat is closest to the plant itself and does not justify Europe-wide alerts. Experts are particularly wary of any comparisons to the 1986 Chernobyl disaster, a repeat of which is incredibly unlikely, they said.

“It’s not very likely that this plant will be damaged,” Leon Cizelj, president of the European Nuclear Society, told CNN. “In the very unlikely case that it is, the radioactive problem would mostly affect Ukrainians who live nearby,” rather than spreading throughout eastern Europe as was the case with Chernobyl, he said. 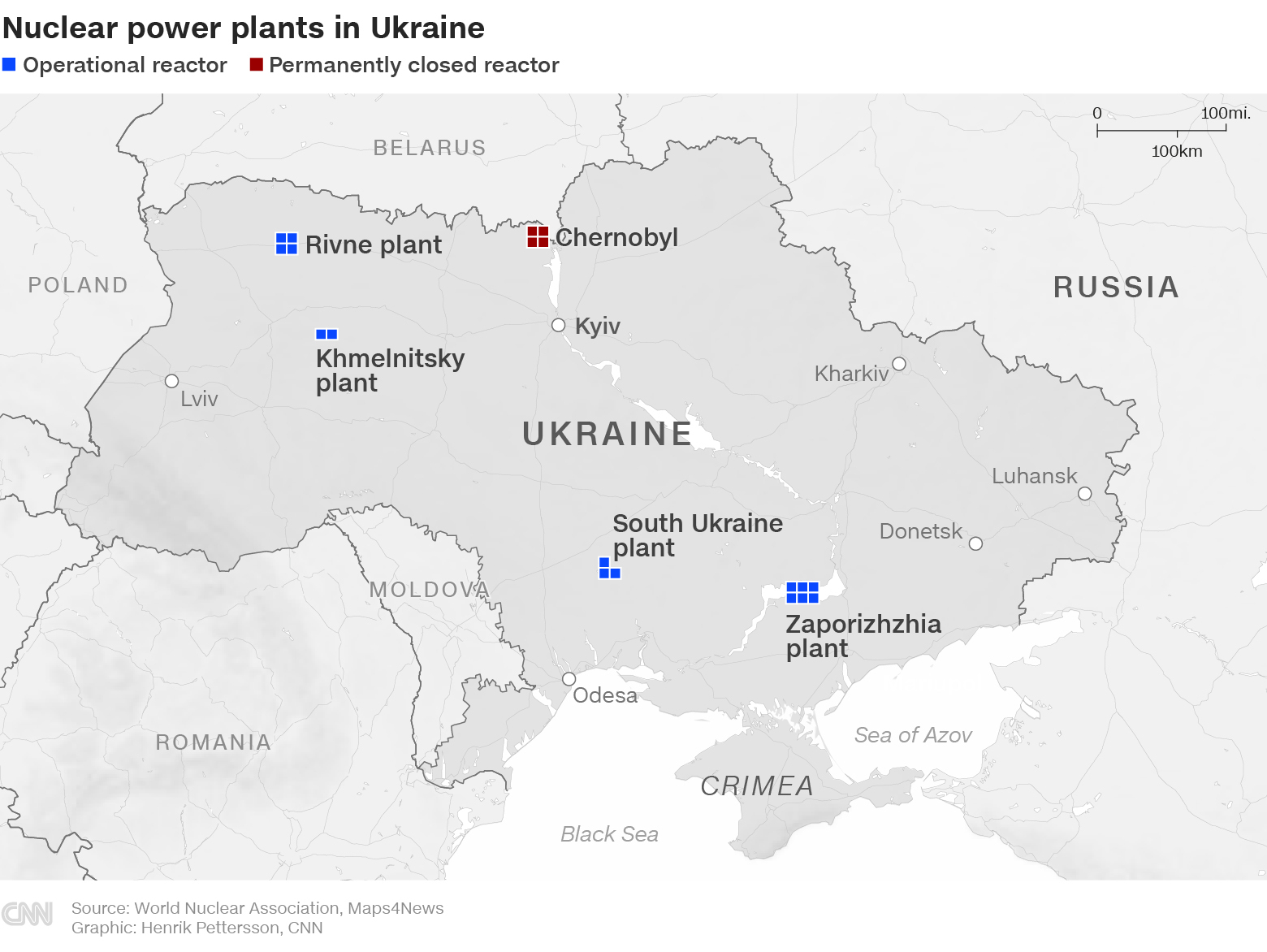 In late February and March, the Russian occupation of Chernobyl in northern Ukraine triggered fears that safety standards inside the exclusion zone could be compromised.

During the first week of the war, the plant and its surrounding territory fell into the hands of Russian troops. They withdrew on March 31, according to Ukraine’s nuclear operator.

Ukraine’s government said that Russian forces had looted and destroyed a lab close to the abandoned nuclear plant, which was used to monitor radioactive waste.