The war in Ukraine has ground to a standstill in the eastern region as casualties mount, with winter bringing the possibility of a diplomatic solution between Russia and Ukraine, experts told the Daily Caller News Foundation.

Wednesday marks six months since Russian mortars exploded throughout Ukraine, what Russian President Vladimir Putin apparently intended to be a lightning takeover of Russia’s neighbor has ground to a brutal war of attrition that could last through winter. Neither Russia nor Ukraine has achieved significant gains in recent weeks, and prospects of a clear winner emerging have flickered out, according to defense experts.

“Ukraine doesn’t have to win. All they have to do is keep Russia from winning,” Lawrence Korb, a senior fellow at the Center for American Progress and former assistant secretary of defense, told the DCNF.

“It’s safe to say that there’s a military stalemate, and that neither side has a clear path to a decisive military victory,” Dan Caldwellvice president of foreign policy for Stand Together, added.

Ukraine celebrated 31 years of independence from the former USSR Wednesday. To commemorate, Russia struck a train depot in the Donbas region, killing at least 25 people and wounding up to 50 more, following warnings that Russia may step up attacks on civilian targets, CNN reported.

“We clenched our fists fighting for our fate. Every new day is a new reason not to give up, because, having gone through so much, we have no right not to reach the end,” Zelenskyy said in an address on Ukraine’s national day.

Experts agreed that the war would climax with a negotiated settlement between the two sides. The onset of winter could bring brutal fighting conditions that force both sides to renew attempts at diplomacy, although neither Putin nor Zelenskyy appear interested in negotiations at the moment, according to NPR.

Putin has not given up his objective of capturing all of Ukraine, the Pentagon assessed in a briefing Wednesday.

In addition, Zelenskyy reiterated his determination to reunite all 24 regions of Ukraine, including Russian-occupied Crimea and the Donetsk and Luhansk regions under Russia’s attested control, in his address Wednesday.

However, experts say that’s not likely to happen. Ukraine could retake cities in the Donbass, but their efforts will not be sufficient to drive Russia out, Korb told the DCNF.

Ukraine’s promised counteroffensive in Kherson, located in the south of Ukraine where Russia controls a swath of territory, has yet to materialize, Caldwell said.

“It appears that Ukraine does not have the ability to conduct a large counter offensive in the south,” Caldwell said. A counteroffensive would require Ukrainian troops to demonstrate specialized urban warfare tactics, which Caldwell explained are “incredibly difficult.”

“I really think it’s going to be up to the Russians to decide when enough is enough,” Korb told the DCNF. “I don’t think the Ukrainians can ‘win all the battles’ or drive the Russians out, but they can keep making them pay costs.”

Russia occupies 20% of Ukrainian territory, according to Zelenskyy, but the battlefront has shifted little in recent months. Russia’s military remains superior in terms of manpower and artillery, but the latest UK intelligence estimate suggests Russian troops’ morale has diminished markedly as the invading force deals with shortages in munitions and expectations of a Ukrainian counterattack.

Both sides are seeing increased use of volunteer forces who lack prior military experience, according to experts and the latest update from the Institute for the Study of War. Russia is bringing in mercenaries and has upped enlistment bonuses for volunteer recruits, ISW reported.

Ukraine has “a much smaller pool of manpower than a lot of people realize,” Caldwell said. Roughly a fifth of Ukraine’s population has fled the country, and Ukraine’s defense chief claimed Monday the armed forces had suffered 9,000 personnel deaths since the beginning of the war, Reuters reported.

While Russia has concealed its estimated casualty numbers, Ukraine’s defense ministry pegged the Russian death toll at 45,700 as of Aug. 24. The Pentagon assessed on Aug. 8 that Russia had suffered between 70,000 and 80,000 casualties, including both killed and wounded.

The UN has documented 5,600 civilian deaths so far but estimates the current toll may be much higher. 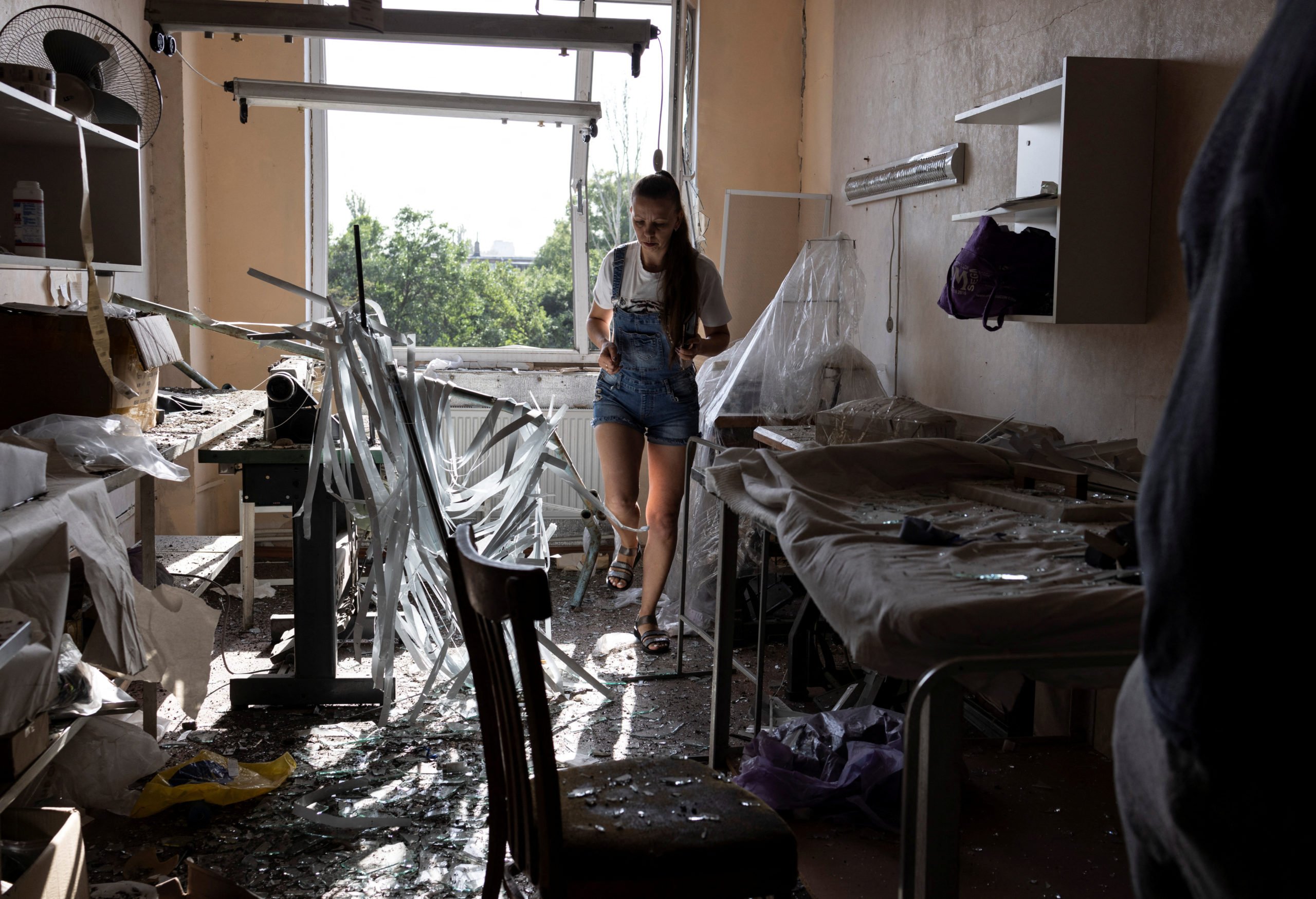 President Joe Biden announced a $3 million tranche of military aid, including some systems that will not reach the battlefield for a year or more, Wednesday. The US has provided $13.1 billion to Ukraine since 2021, and overall western aid since the beginning of the war exceeds $100 billion, according to DevEx. (RELATED: US To Send Drones, More Aid To Ukraine As European Support Dries Up)

The package may also include long-range weaponry that could allow Ukraine to effectively reach targets within Russia, increasing the risk that Russia could spin the US as having immediate involvement in the war and escalate the conflict to a direct US-Russia confrontation, according to Caldwell.

“It’s concerning to me that the Biden administration keeps providing this level of support, these weapons systems, without articulating how it’s connected to a strategy that is aimed at what is best for America’s national interests,” said Caldwell.

Previous aid packages emphasized ammunition and equipment available for direct transfer from the Pentagon’s existing stores; the latest, and largest, package indicates the US has begun to take a long view of the war. Putin may

Putin decreed an increase of 137,000 combat personnel to Russia’s military Thursday. The authorization takes effect on Jan. 1 and will bring the total number of active duty Russian troops to 1.1.5 million, reflecting intentions to continue prosecuting the war through 2023.

The Russian government and Ukrainian defense ministry did not immediately respond to the DCNF’s requests for comment.

Content created by The Daily Caller News Foundation is available without charge to any eligible news publisher that can provide a large audience. For licensing opportunities of our original content, please contact licensing@dailycallernewsfoundation.org.