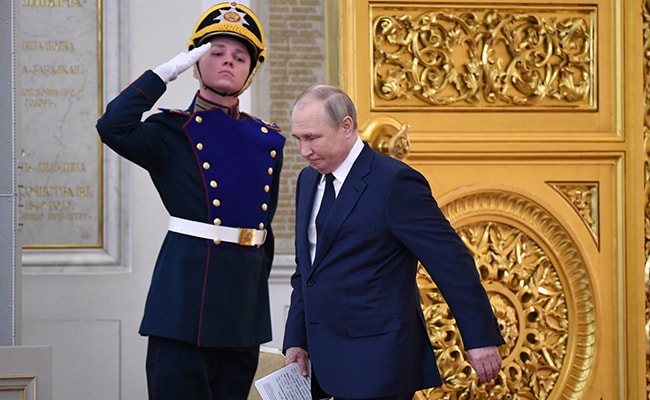 Russia’s invasion of Ukraine has shone a spotlight on President Vladimir Putin’s personal life with several news outlets attempting to analyze the long time Russian head of state’s health. There has been much speculation with several health experts analyzing Putin’s body language and the way he has addressed public gathering in recent weeks. Experts have pointed at several recordings of Putin where his hands can be seen physically quivering as well as the fact that his face looks as if it has received some sort of cosmetic surgery.

A cosmetic doctor residing in Sydney had posted a parallel picture on Instagram of Putin when he was younger along with a more recent one. He captioned the picture: “When you putin too much filler and look like an elderly Cushingoid cat.” According to news.com.au There have been several rumors over the years about President Putin undergoing cosmetic procedures including Botox, cheek fillers as well as a chin and eye lift. Experts believe he has done this to enhance his “tough guy” image and to prevent his advancing age from betraying that representation, according to news.com.au.

The New York Post has even reported that the Russian President looked noticeably bloated when he posed for photographs at an awards ceremony for the country’s Olympic athletes. Newsweek Belarusian President Alexander Lukashenko pointed at two different recordings of his meeting where he can be seen clutching on the table for support during his meeting. Along with that there is another recording where his hand seems to quiver before he holds it closer to his chest. Many users on Twitter have speculated that Putin is suffering from Parkinson’s, a progressive nervous system disorder that can affect movement.

The White House has, however, refused to speculate about the Russian President’s health with press secretary Jen Psaki saying that she doesn’t have “any assessment to offer from here or any particular comment” on Putin’s health.