Americans won’t be going crazy with holiday gifts this year, according to a new forecast of seasonal retail sales. Analysts say the 15% growth in holiday shopping last year was largely impacted by the pandemic, when people were likely to purchase things rather than experiences. But now, increased prices have reshaped how many families are budgeting for everyday items – meaning shorter holiday gift lists this year.

Here’s what else you need to know Get Up to Speed ​​and On with Your Day.

(You can get “5 Things You Need to Know Today” delivered to your inbox daily. Sign up here.)

The Justice Department has subpoenaed more than 30 people in former President Donald Trump’s orbit in recent days, a sign the DOJ is intensifying its criminal investigation into the January 6, 2021, attack on the US Capitol. Among them are former Trump campaign manager Bill Stepien and Sean Dollman, who worked for Trump’s 2020 presidential campaign as chief financial officer, sources familiar with the matter tell CNN. The subpoenas seek documents and in some cases testimony before a grand jury. This comes as members of the January 6 committee are set to meet in person today to debate whether to formally request that Trump and former Vice President Mike Pence appear before them.

White House officials have been closely watching freight rail labor negotiations as the first national railroad strike in 30 years could begin as soon as this Friday. About 60,000 union members who work for the railroad are set to go on strike, including the engineers and conductors who make up the two-person crews on each train. The looming strike would bring the freight rail system, which carries nearly 30% of the nation’s freight, to a grinding halt. As a result, Amtrak announced Monday that it is preemptively suspending service on some of its long-range routes. Separately, about 15,000 nurses in Minnesota went on strike Monday, saying they are fighting for better staffing and better care for their patients.

Ukrainian authorities have found 440 graves at a mass burial site in Izium, an eastern city recently recaptured from Russian forces, Ukraine’s Defense Ministry said in a Twitter post today. “We want the world to know what is really happening and what the Russian occupation has led to,” Ukraine’s President Volodymyr Zelensky said, adding that Ukrainian and international journalists will be shown the site to see what had been uncovered. Izium was subject to intense Russian artillery attacks in April and was taken back by Ukrainian forces on Saturday, delivering a strategic blow to Russia’s military assault in the east. Separately, the White House announced a $600 million security package for Ukraine on Thursday, providing its military with another round of assistance during its ongoing counteroffensive against Russia.

The first US death due to monkeypox has been confirmed in Los Angeles County, health officials announced Monday. The CDC confirmed the link and said the person had a severely weakened immune system and had been hospitalized. Deaths from monkeypox are extremely rare and often affect babies, pregnant women and people with weakened immune systems, such as from HIV. To date, there have been almost 22,000 cases of probable or confirmed monkeypox cases reported in the US this year, CDC data shows. California has the most cases: 4,300.

Twitter whistleblower Peiter “Mudge” Zatko is set to testify before Congress today in his first public appearance since detailing bombshell allegations against the social media company last month. Lawmakers on the Senate Judiciary Committee are expected to question Zatko about his claims that Twitter has undisclosed security and privacy vulnerabilities that could threaten users, investors and even US national security. His testimony today could lay the groundwork for deeper tests by Congress, federal regulators and law enforcement officials. It could also further complicate the legal battle over Twitter’s agreement to be acquired by billionaire Elon Musk and comes on the same day that Twitter shareholders are scheduled to vote on the deal.

President Biden to personally meet with the Griner and Whelan families

President Biden will meet with the families of Brittney Griner and Paul Whelan at the White House today, a source familiar with the matter confirmed to CNN. This is the first time he will meet with them in person. Griner was detained in Russia in February for carrying vape cartridges containing cannabis oil in her luggage. The two-time US Olympic basketball gold medalist pleaded guilty to drug charges and said she accidentally packed the cartridges while in a hurry. She was convicted in August and sentenced to nine years in jail. Whelan has been imprisoned in Russia for more than three years after being convicted on espionage charges that he vehemently denies.

Fans of “Jeopardy!” are in a frenzy after the show’s host Ken Jennings allowed a contestant to change his answer… but later denied a second contestant from doing the same. Watch the video here.

The record sale price now makes it the most expensive basketball jersey ever to sell at auction.

Husky enjoys playing on the roof of a two-story house

Most dogs like to relax on couches… this one prefers to hang out on the roof. Listen to the owner’s reaction to this paws-itively outrageous behavior.

“The Masked Singer” host also has two more on the way.

This swanky new train, operating at a maximum speed of nearly 220 mph, will premiere on the Paris rail network next year.

Rising inflation has driven food prices in the US far higher than they were a year ago. Which of the following grocery items has seen the biggest increase?

That’s the number of days that residents in Jackson, Mississippi, were under a boil water notice due to poor water quality. The advisory was lifted on Thursday after heavy rains last month and issues at a failing water plant ultimately led to residents being unable to use or drink water for weeks. While samples now show clean water has been restored, officials say it is possible that there will be further interruptions to the city’s water system. Jackson’s issues with water go back years, with boil water advisories becoming almost a fact of life in the city.

“Cancer does not discriminate between red and blue. It doesn’t care if you’re Republican or Democrat. Beating cancer is something we can do together.”

– New Hampshire GOP Senate candidate Don Bolduc, stating Thursday on Fox News that he believes President Biden is the legitimate president of the US. His remarks, however, come shortly after Bolduc won the Republican nomination this week – and after months of campaigning on false claims that the 2020 election was stolen from former President Donald Trump. Bolduc is now gearing up to take on Democratic Sen. Maggie Hassan in November. Her seat represents a top pickup opportunity for Republicans, who are trying to erase Democrats’ slim Senate majority this fall.

Rain for areas of western California and your weekend forecast 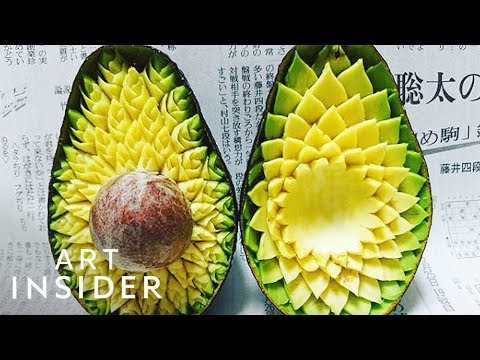 This artist draws inspiration from traditional Japanese patterns to create masterpieces out of fruits and vegetables. (Click here to view)